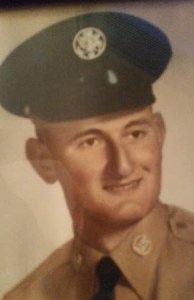 David Berkley Cobb, 84 of Farmville, passed away on Jan. 16 at Lynchburg

many nieces and nephews.

Berkley was preceded in death by brothers, Berlie F. Cobb, John B. Cobb, Jr. and George

He served four years in the United States Air Force with the Air Police, where he received the

Medal of Good Conduct. He was honorably discharged on Dec. 1, 1961. He also served

Local Union 26. His work included 15 years for the US Government as an electrician foreman

at the Architect of the Capitol.

After retirement, Berkley moved back home to Cullen. He later moved into an apartment at the

Woodland in Farmville, where he enjoyed the company of the residents there. Berkley was a

bright light to many of the residents at the Woodland, as well as his many family members in

Myrtle Beach was his happy place and he spent many vacations there, enjoying the ocean

breeze. On many Saturdays you could find Berkley hanging out at Town and Country

Furniture, savoring time spent with his family and friends.

He will be greatly missed.