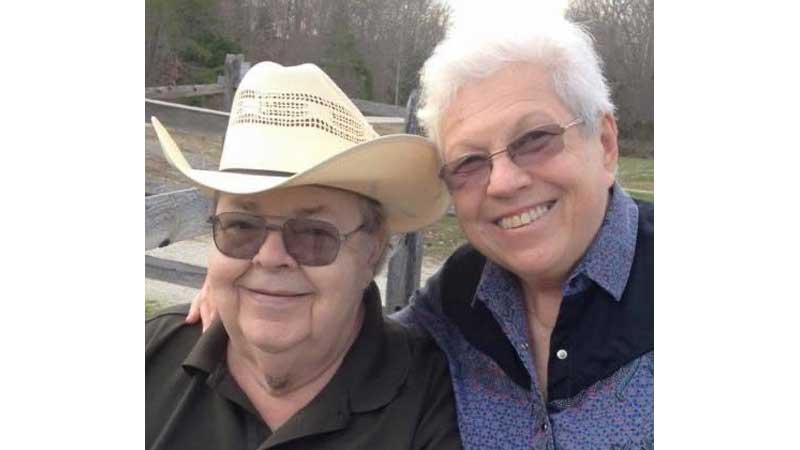 Ed and Sally Micka, who reside in an apartment at The Woodland, provide an example for young couples to follow as they will be celebrating their 59th wedding anniversary this summer.

Ed and Sally Micka, of Farmville, are enjoying a romance that has stood the test of time.

Their relationship is one fueled by love, laughter, friendship and common interests.

On June 16 of this year, they will have been married for 59 years.

“We married right out of college,” Sally said. “My father said I had to graduate first before I was allowed to get married. So, I said, ‘OK.’”

Ed and Sally first met at college. They attended The Catholic University of America in Washington, D.C. Both of them were majoring in physics.

Ed shared his story of how they met.

“Well, we were in chem lab, and I had a nice slide rule,” he said. “And I saw this little gal a couple desks up, and she had a nice slide rule too, much nicer than mine. So I had to stick mine in my pocket and go borrow hers. And to keep a long story short, she’s sitting next to me now.”

Sharing her story of how they met, Sally noted that she is not very shy, but one of her college roommates was.

“She saw this cute guy at the tennis court, and she wanted to go down and talk to him, but she didn’t know how to do it,” Sally said. “So she dragged me along, and so we talked, and then Ed walked me home instead of her.”

Recalling this, Ed said the walk home actually preceded his trick with the slide rule, which was his way of getting to know Sally better.

Their first meeting took place in 1958 during their freshman year, and they formally began dating in 1959. They graduated and were married in 1962.

What convinced them they were the right ones for each other?

“We both had common interests, we both liked the same things,” Sally said. “We had fun with each other. We laughed a lot.”

“Yes, we had to laugh,” she said. “You have to laugh to be around me. Basically we just enjoyed everything together, and we’ve continued that throughout our whole life.”

Sally spoke to how their talents work well together.

“He was the brains, and I was the mouth,” she said.

“He did all the serious deep thinking, and I did the selling and the management,” Sally said.

She noted they have worked together professionally a great deal, working at the same companies.

“He had his own company for a while,” she said. “I sub-contracted to him.”

They also demonstrated flexibility when the other had a big opportunity.

“I got offered a job with the U.N. in Austria, and Ed was doing consulting at the time, so he just packed up, and we took our two kids and went to Austria for four years,” she said. “And so yeah, we did a lot of things together.”

Sally and Ed, who have lived in Farmville for about four-and-a-half years, have two children and four grandchildren.

In sharing comments on the keys to having a long-lasting marriage, Sally led off by highlighting the importance of tolerance and laughing a lot.

“Have something in common,” she said. “We did a lot together, and we’re still together. We laugh a lot. We fight a lot. I scream at him a lot, and then it’s over with. We don’t hold anything, we just sort of let it loose.”

“I was the oldest of five children, and so I was always the boss lady,” Sally said.

“That’s another thing — we do put up with each other,” Sally said.