When Destiny Brown arrived at Longwood, she met a few upperclassmen who helped shape her experience and inspired her to become involved. Now it’s her mission to be that mentor for others.

“I’m most proud of the fact that I’m able to connect with younger students,” she said. “When I was a new student, upperclassmen played a big role in my life and helped me feel like a part of a community that could do real good here. Taking on that role for other people means a lot to me, and building that trust is important.”

That’s why the organization she’s proudest of being involved in is the peer mentors, who help guide freshmen through the beginning of their college careers.

Brown has been named the recipient of the 2020 Moton Legacy Scholarship, one of the highest honors bestowed by the university, which is given annually to a Longwood student with great promise for a life and career of citizen leadership. The ideal recipient is someone who will advance in a contemporary context the ideals espoused by those who fought for equal opportunity in Longwood’s home communities of Farmville and Prince Edward during the civil rights era. Established by the Board of Visitors in 2014, the scholarship covers full tuition for one year.

It’s a fitting award for one of the most influential voices among the student body—even if she doesn’t always speak the loudest.

“All across campus, people who know Destiny will tell you the same thing: She may not be the loudest voice in the room, but she’s always the first to take action,” Dr. Tim Pierson, vice president for student affairs, said. “She’s a do-er. Whatever needs to get done, she’s first in line — whether that’s on the Honor and Conduct Board, in SGA, as a peer mentor or as an advocate for other students. It’s amazing to see the trust that other students and administrators naturally have in her.”

Brown also is the vice president of AFROH (All For Respecting Our Hair), a natural hair club that promotes knowledge of Afro-textured hair on campus; the founder and president of Good Eats, a group that promotes and educates about the vegan lifestyle; the public relations chair of Global Leaders, a group that advocates and supports the international community on campus; the vice president and treasurer of ASIA (Asian Student Involvement Association); and the secretary of SEAL (Student Educators for Active Leadership). All while interning in the University Marketing and Communications office.

She’s majoring in sociology while minoring in women, gender, and sexuality studies.

“I just take it day by day,” she said, laughing. “To me, everything I’m involved in is personally important. It’s a lot, but I think people can do a lot when they put the effort in. That’s what I tell new students when they talk about getting involved: Find the things that you are passionate about and either join a group or start one.”

Brown said she was very happy and grateful when she received the call notifying her that she had been chosen for the scholarship. Like a lot of students, she hadn’t heard the Moton story before she arrived on campus, but it resonated with her immediately.

“It’s an eye-opening experience for sure,” she said. “Understanding how much Black students have gone through just to go to school and get an education, it’s definitely hard to see, but it touched my heart. It puts things in perspective for me. I’m able to get an education at a university that’s predominantly white, which wouldn’t have been the case not too long ago. So I feel I have a responsibility to make Longwood as much of a welcoming place for people of color as I can.”

The staff at Moton have also taken note that Brown has picked up the advocacy torch from previous generations.

“Destiny Brown is the perfect recipient to receive this year’s Moton Legacy Scholarship,” Cameron Patterson, executive director of the Moton Museum, said. “Destiny strives to promote the ideals of citizen leadership through her scholarship, service and involvement. Moton’s partnership with Longwood provides a unique opportunity to enhance the university’s mission of shaping citizen leaders using the lessons of Prince Edward County citizens as an example. Destiny is a great example of this continued effort, and we look forward to the contributions that she will make to her community even after she has graduated.”

After graduation next May, Brown plans to pursue a graduate degree or a career in public relations, but she won’t stop mentoring young people. Her best advice?

“Your experience is unique to yourself,” she said. “Take it day by day, and be proud of who you are.” 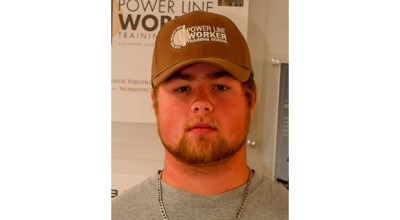