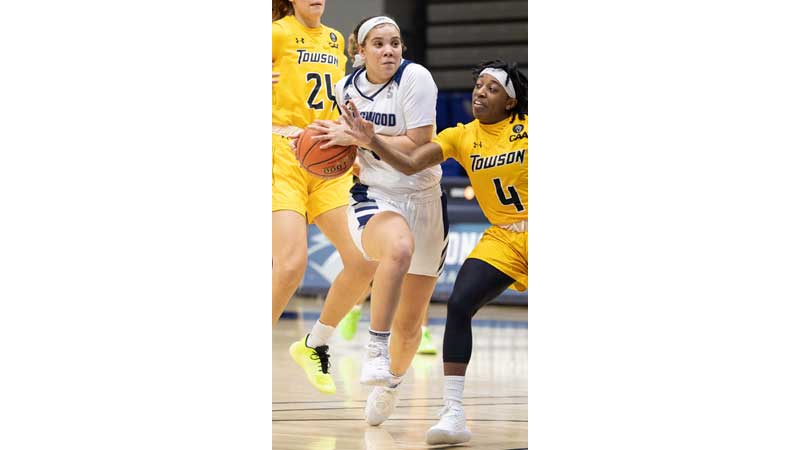 A huge offensive night for the Longwood University women’s basketball team Tuesday, Dec. 15, and a dominant performance on the glass powered the Lancers to a 91-60 home victory over rival Radford University in their Big South Conference opener. The win is Longwood’s first of the season, its first against Radford under Head Coach Rebecca Tillett and its most lopsided victory over the Highlanders in their Division I era. Leading the offensive surge for the Lancers Tuesday was redshirt freshman guard Adriana Shipp, pictured above, who poured in a career-best 19 points.