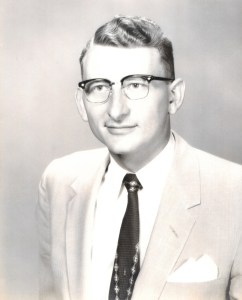 George V. Conner, Jr., 92, went to be with the Lord Thursday, Dec. 24. He was preceded in death by his parents, George Sr. and Irene Powell Conner, and his wife of 57 years, Uva Rhodes Conner. George is survived by his son George V. Conner, III and his wife Britte; daughter Susan C. Luther and her husband Eric; grandchildren R. Matthew Luther, Reagan M. Conner, Courtney M. Conner; sisters Margaret Conner Schools and Betty Conner Curling and many nieces, nephews, cousins, other relatives and friends. Following graduation from Ridgeway High School, George worked for Lee Telephone Company in Martinsville until he was drafted by the army in 1950. He served for two years and rose to the rank of Corporal. After being honorably discharged, he attended Smithdeal Massey Business College in Richmond where he earned a degree in accounting. Following graduation, he worked for R.L. Persinger in Covington where he met his wife Uva. In 1963, he began working for Kyanite Mining Corporation in Dillwyn and retired some 33 years later as corporate treasurer. George was a devoted member of Farmville United Methodist Church, serving on numerous committees during his 57-year membership. He loved spending time with his family, especially his three grandchildren. An avid reader, his favorite books were Louis L’Amour westerns, but he also read Harry Potter so he could discuss it with his grandson. George enjoyed big band music, especially Lawrence Welk and Glen Miller. A memorial service celebrating George’s life is planned for a later date. Interment will be private. In lieu of flowers, memorial contributions may be made to Farmville United Methodist Church, P.O. Box 64, Farmville, VA 23901 or a charity of your choice.