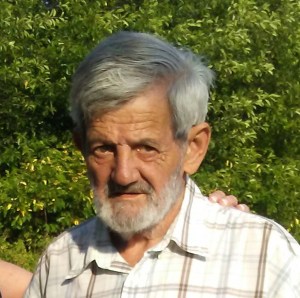 Carroll Lee Oliver, 75 of Dillwyn, passed away Friday, Dec. 4 at Heritage Hall Nursing Home of Dillwyn. He lost his battle with dementia but won his place with the Lord. He is survived by two sisters, Ann Dunn (Stewart) of Arvonia and Dottie Shumaker (Pat) of Dillwyn and nieces, nephews, cousins and many friends. He was preceded in death by his wife Connie, his parents Murray and Lucille Oliver, brother Lewis, and sisters Arlene Franck of Florida and Peggy LeSueur of Dillwyn. Carroll gladly served our country in the Army from 1966 until 1968 and did a tour in Vietnam and received two purple hearts for his service. He was an ironworker through the International Brotherhood of Ironworkers for many years. Carroll had a big heart and loved growing a garden so he could share his vegetables with everyone. He also had a huge apple tree and every summer he was out taking apples to anyone who would take them. He was an avid hunter for many years and loved telling about his hunting adventures. He had a true love for dogs and cats and would take in any stray that came along but his true love was his Pugs, Brutus and Henry. The family would like to thank the staff of Heritage Hall Nursing Home and Hospice for the wonderful love and care they gave to Carroll. A graveside service was held Tuesday, Dec. 8 at 2:00 p.m. at Browns Chapel Church Cemetery on Gravel Hill Road. In lieu of flowers memorial contributions may be made to First Baptist Church Helping Hands or a charity of your choice.