Complaints of poor customer service at the local Hardee’s fast food restaurant caught the attention of Farmville’s mayor, prompting an exchange of letters and a promise of improvements from the company’s leadership. 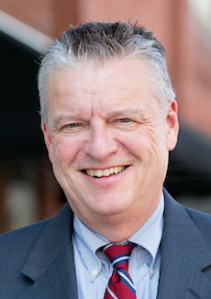 “I recently attempted to use the drive-thru and each item I asked for, was told they were out,” Whitus wrote in the letter. “Finally, I said it may be easier to tell me what you have. Another time I attempted and (there was) no credit card machine, so cash only, and in the COVID environment, not many of us carry cash.”

The letter went on to offer resources from the universities to assist with customer service training while stating his appreciation for Hardee’s reopening a location in the town.

The response from William L. Boddie, vice chairman and CEO of Boddie-Noell Enterprises, the owner and operator of the franchise, said the company is aware of the issues at the Farmville location.

“There’s no excuse for our operations being as bad as described,” the letter to Whitus said. “I am aware of our internal issues with having a well-trained General Manager in place there but again, that’s no excuse.

“I can assure you our operations team is fully aware of your communication and the ongoing issues at the Farmville location. They are diligently working to correct the situation.”

Whitus brought up the exchange of letters during the Town Council’s Wednesday, Nov. 4 work session.