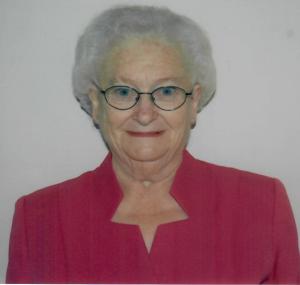 Lorena Bryant Llewellyn, 88 of Richmond, passed peacefully on November 4. She was born September 21, 1932, a daughter of the late Creed and Beulah Bryant. She was the widow of Guy T. Llewellyn. Lorena graduated from Smithdale Massey Business College and worked for Harry R. James Insurance Company for 59 ½ years. She was a member of Mulberry Grove Baptist Church where she served as church clerk for 34 years. Lorena is survived by sisters, Rodessa Semones, Norma Gregory, Shirley Starr (Charles) and Linda Jacks; brother, Ernest Bryant (Debbie); sister-in-law, Shirley Bryant and brother-in-law, Ned Micklem (Dorothy). Lorena was never blessed with children of her own but she had many nieces and nephews from both the Bryant and Llewellyn families that she loved and enjoyed as her own. In addition to her husband and parents, she was also preceded in death by brothers Chester, Cecil (Faye), Junior (Dot) and Pearlie Bryant; sister, Joan Worrell (Elton); brothers-in-law Edward Semones and Jack Gregory and sister-in-law, Lelia L. Micklem. Graveside service was held on November 8 in the Mulberry Grove Baptist Church Cemetery. Memorial contributions may be made to Mulberry Grove Baptist Church.