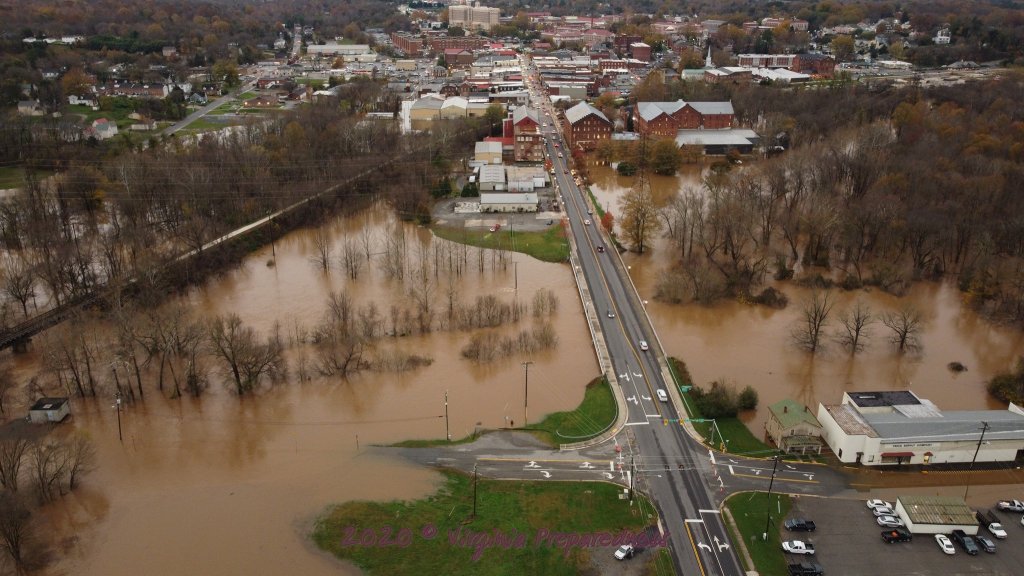 Continued flooding in Farmville has caused the closure of two main bridges in the area.

The Town of Farmville has closed the Highway 45 bridge across the Appomattox River on North Main Street. The area saw extensive flooding earlier in the day as the river rose out of its banks and backed up smaller streams into the town.

The VDOT sent a press release stating that Route 15 at the Appomattox River at the Prince Edward County line with Buckingham County is also closed due to flooding. The detour for through traffic is Route 60 to Route 24, onto Route 460 and back to Route 15.

In addition, Route 636 is also closed to all traffic for flooding from Sheppards to Route 45.

Once water recedes, VDOT inspectors will make every effort to quickly investigate any possible damage and determine when the infrastructure may be reopened.

As conditions may change rapidly, motorists should visit 511Virginia.org for up-to-date information on road closures, advisories and delays before traveling.