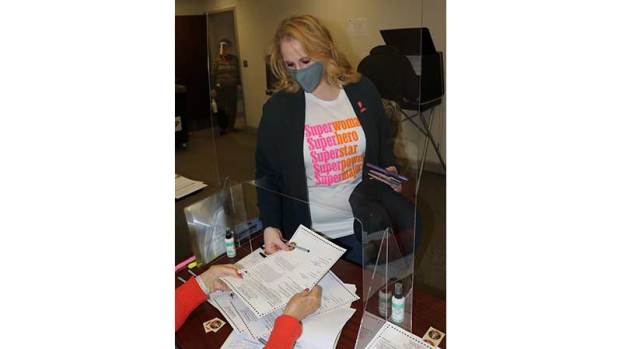 The in-person voting period for the 2020 general and special elections concluded Saturday, Oct. 31, with strong representation from all counties in the area.

The in-person early voting period, which began Sept. 18, drew 3,470 voters in Prince Edward County. The county also mailed out 1,702 absentee ballots, with only 312 of them remaining unreturned as of Monday, Nov. 2.

As of Oct. 1, the total number of registered voters in Prince Edward was 13,235.

As of Monday, the county had received back 851 mail-in ballots, with 176 still outstanding.

Taylor said the total number of registered voters in the county is 10,752, and right at 38% had already voted.

In the 2016 presidential election, 71% of registered voters in Buckingham participated, including 527 absentee voters.