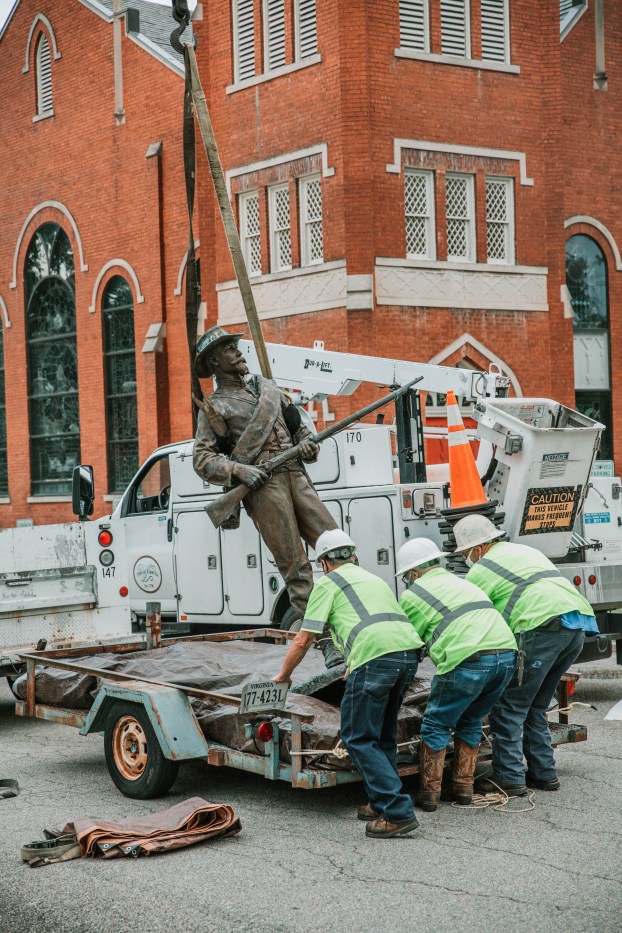 After an August public hearing gave citizens an opportunity to express opinions about the fate of Farmville’s deposed Confederate statue, the earliest the Town Council can legally decide the future of the statue is at the Wednesday, Oct. 14, council meeting, but the issue is not expected to be on the agenda.

Mayor David Whitus said the town is waiting on a reply from the Virginia attorney general’s office.

The town council asked the attorney general’s office for clarification on the next steps for the statue since the town hastily removed the statue June 18 in the interest of public safety.

The statue removal did not follow the steps prescribed by a new state law allowing municipalities to determine the fate of Confederate statues and monuments in their jurisdictions.

The new law went into effect July 1, 13 days after Farmville removed its statue.

After an August 12 public hearing, the council appeared to be in agreement with several speakers that moving the statue to the town’s Confederate cemetery was a reasonable compromise.

Whitus said in an email the attorney general’s office sent a letter to the town saying a reply was forthcoming but did not give a timeline as to when it would arrive.