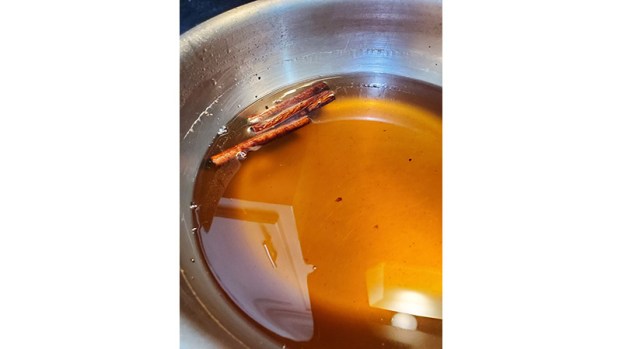 Make a vinegar and sugar syrup and include whatever spices that you prefer. 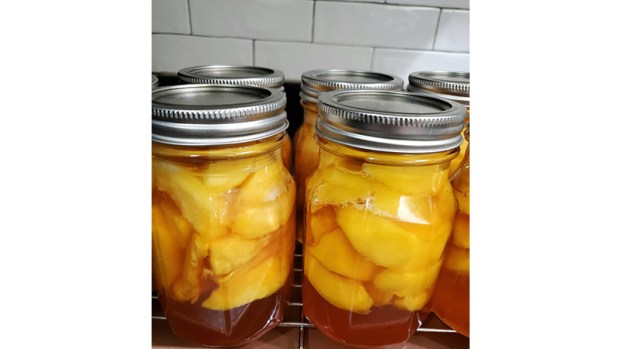 Store the finished pickles in a cool, dark place. Enjoy.

This difficult year has made many of us nostalgic for times past — family gatherings under the pecan trees, Sunday lunches at grandma’s house, and food, especially special foods.

When I was a kid, moms and grandmas canned spiced peaches every summer and then served them at Thanksgiving and Christmas. They were sweet, spicy, a bit tangy and the perfect accompaniment for ham, turkey and fried chicken.

I had such fond memories of these pickles that I decided to make some this summer. I was pleased to learn that spiced peach pickles are far less complicated and time consuming than cucumber pickles.

So gather all the ingredients, put on some favorite cooking music, clear the kitchen counters and you can have half a dozen jars made in several hours.

Here’s my basic recipe, which you can modify to suit your own preferences.

Here are a few tips for starters:

• to peel — immerse peaches in boiling water for several minutes and then place them in cold water; skins should slip off easily.

• adding spice — while spices could certainly be left in the vinegar syrup, they tend to discolor peaches if placed in the jars with the finished pickles.

• Six rings and lids to fit the jars

• 12 to 14 peaches (preferably freestone), peeled and cut in half, seeds removed

Combine sugar, vinegar and spices in a large non-reactive pan and simmer for five to 10 minutes until the sugar dissolves and the liquid becomes slightly syrupy.

Pack the jars with peach halves and then fill with the hot vinegar syrup.

Wipe the rims of the jars with a clean cloth, put on the lids and rings; tighten the rings.

Place the jars in a hot water bath, cover and simmer 10 minutes. Remove the jars and place them on a wire rack to cool. Listen for the distinctive popping sound the lids make when they seal. Any jars that don’t seal will have to be reprocessed in the hot water bath or refrigerated for immediate consumption.

Although my mom and grandma wouldn’t have allowed anyone to taste their peach pickles for weeks, these peach pickles are excellent within about 24 hours.

How to eat them? With meat, on ice cream, with pound cake or mixed with plain Greek yogurt.

And definitely straight out of the jar when no one is watching.