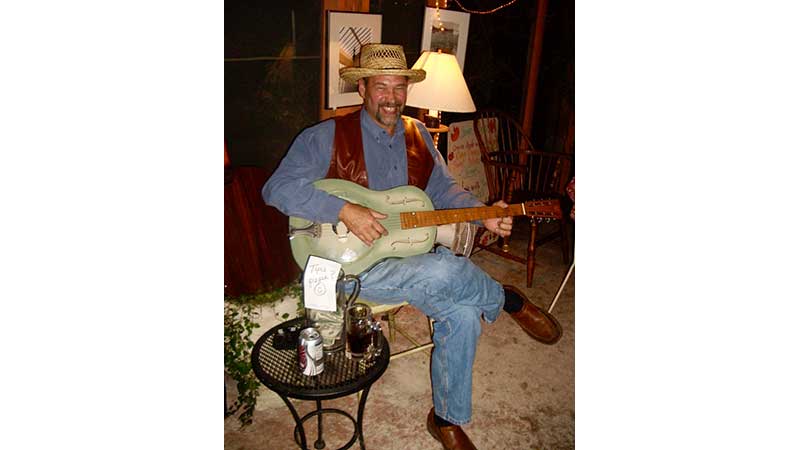 Late Hampden-Sydney College professor Dr. Victor N. Cabas Jr. plays a guitar. He was a colorful character who became an institution in Hampden-Sydney’s flagship Rhetoric Program, and some of his students who became lifelong friends helped see to completion one of his life works — the novel “Postmodern Blues.”

The countless Hampden-Sydney College (H-SC) alumni who learned the art of rhetoric from Dr. Victor N. Cabas Jr. during his 35 years on the Hill will be pleased to know that the late professor’s novel, “Postmodern Blues,” has been published posthumously by Hypocrite Press. 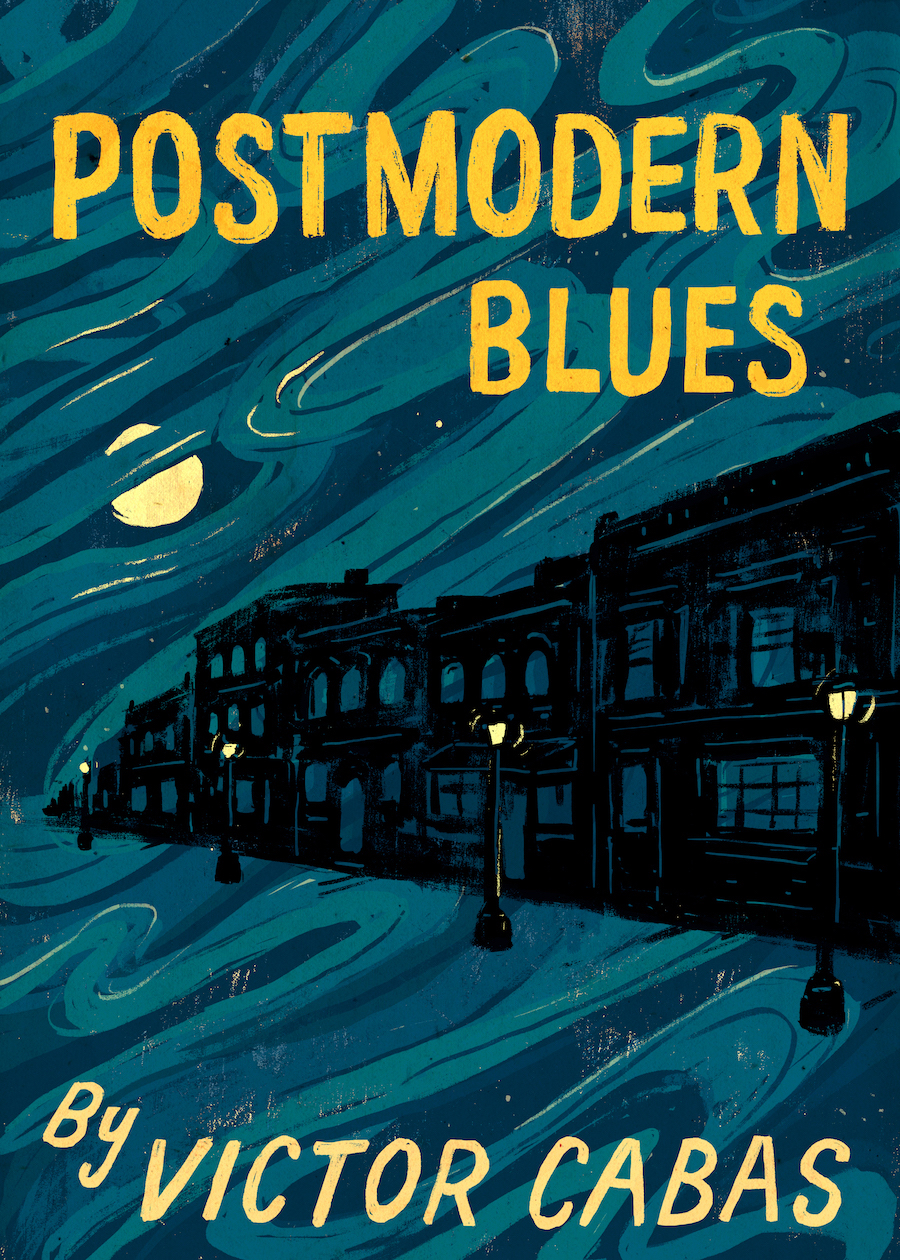 Pictured is the cover of late Hampden-Sydney College professor Dr. Victor N. Cabas Jr.’s book, which has been published posthumously.

A colorful character who became an institution in the college’s flagship Rhetoric Program, Cabas passed away unexpectedly in February 2018 as he was putting finishing touches on the novel. Finalizing the manuscript and finding a publisher has been a labor of love for several of Cabas’ former students from both Hampden-Sydney and the University of Virginia (U.Va.), where he taught during summer sessions.

John Howard, Will Horstman and Dr. Timothy Daniels, all 2003 H-SC graduates, were among the first Hampden-Sydney students to spend time working on Cabas’ Nelson County farm, where their relationships with the professor deepened and extended into lifelong friendships as they built a stone chimney by hand — part of Cabas’ ongoing efforts to reassemble an 18th century log cabin on the property.

A number of students from U.Va. also worked the land with Cabas over the years, including Caine O’Rear, who went on to a career as a writer and editor.

Howard, Daniels and O’Rear reunited in May 2018 when Cabas’ former students, colleagues, neighbors and friends gathered to spread his ashes on a hilltop overlooking the restored cabin. As college students almost 20 years ago, the three men worked alongside the late professor to bring the cabin project to completion. In the two years since his death, they have worked together to see Cabas’ other life work, “Postmodern Blues,” through to completion as well.

Now available for purchase in hard cover and paperback, “Postmodern Blues” tells the story of Jack Shock, an English professor from Virginia who is on unofficial sabbatical in the highlands of Guatemala at the novel’s opening.

“Fleeing a bad marriage and doomed academic career, Shock is lured home after learning his estranged father, a retired Air Force general, is on his way out,” O’Rear wrote in his synopsis of the novel. “His return to the mainland sets off a mad-cap chain of events and the unearthing of a family secret that threatens to undo him.

“Along the way, Shock encounters a confetti of memorable characters in academia and the late-night bars of Charlottesville who illuminate this rollicking tragicomic adventure,” O’Rear continued. “Honest, not cynical, ‘Postmodern Blues’ is a story about perseverance in the face of mortality and the redemptive power of love.”

The novel will hold particular appeal to Hampden-Sydney alumni who fondly remember Cabas’ wit and wisdom, according to Howard and Daniels.

“While ‘Postmodern Blues’ is certainly not a direct reflection of Victor Cabas’ life, readers who knew Vic will fondly recognize many of his celebrated virtues and equally distinguished vices in the novel’s protagonist,” Howard and Daniels said. “Former students will be transported back to entertaining and thought-provoking experiences in Morton Hall with obvious references to the likes of Melville, Conrad, Faulkner, McCarthy and Twain, as well as more subtle allusions that could only be gleaned through a close reading of the type that Victor himself modeled in the classroom.

“So much of Cabas is evident to the reader: his sense of humor, love of classic American literature and music, fondness for his cabin and land, skepticism of academia in a vacuum and those who take themselves too seriously, fondness for students figuring things out for themselves and ultimately the quality of his outlook on life: to make the best of things as they come and to try to do right by the people who matter.”

Both Howard and Daniels credit O’Rear with shepherding “Postmodern Blues” from a completed manuscript to a published book available for purchase. Beyond finding a publisher, commissioning cover art and writing the novel’s introduction, O’Rear curates social media pages on Instagram and Twitter based on Cabas’ work.

Howard and Daniels have come alongside O’Rear and supported his efforts to share their former mentor’s work with a wider audience. Now they hope other Hampden-Sydney alumni will join them in celebrating Cabas and “Postmodern Blues.”