No fair means no funds for community organizations 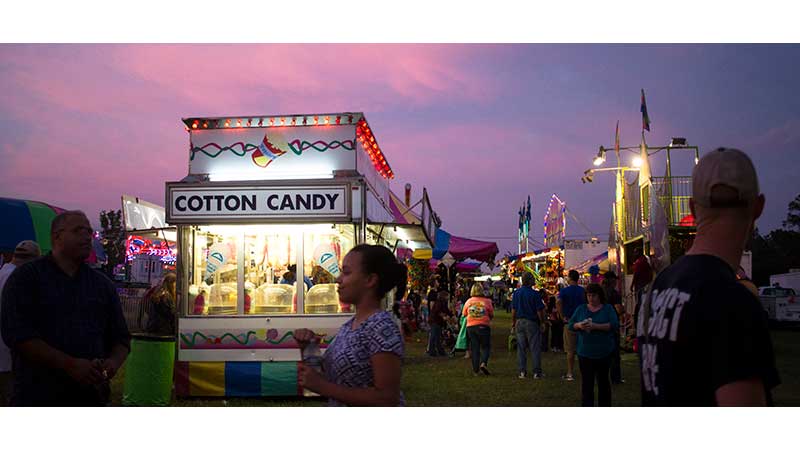 The cancellation of the Five County Fair didn’t affect only those who typically attend the fall event for the thrill of the rides on the midway, or the smell of the cotton candy — organizations who depend on the fair for fundraisers were affected as well.

Prospect Volunteer Fire Department (PVFD) has become a mainstay at the Five County Fair, but this year, the department had to do without the funds from its nightly bingo games at the fair.

Running that bingo offering Tuesday through Saturday in recent years has been a primary fundraiser for PVFD.

“Probably seven, eight years we’ve been doing it,” PVFD Fire Chief Al Mason said. “The fair association owns a building, and we rent the building for a week — that (fair) week — and we run the bingo.”

Mason said it varies, but PVFD has had as many as 30 people playing at a time.

And many more may come through over the course of a given evening.

He mentioned that while running bingo at the fair is not necessarily a big fundraiser for the fire department, it certainly does help out.

“We don’t make no killing off of it, but we do it for the community, and we do make some money off of it,” he said.

The department has an auxiliary, and he noted the auxiliary is involved in running the bingo offering too.

“We just take the money and pay the rent, and whatever we make off of (the event), we divide it between the two organizations,” he said, referring to the department and auxiliary.

But this year, of course, was an exception. The COVID-19 pandemic and accompanying restrictions for safety purposes led to the cancellation of the Five County Fair and bingo right along with it.

He stated PVFD usually does 10 or 12 fundraisers a year, but it has not been able to do much in 2020. Along with bingo at the fair, the department’s 60th Harvest Sale, a yard sale/ auction, was canceled this year.

Adapting to the times and safety regulations, though, the department was set to hold a meatloaf dinner Oct. 3 that would function as a drive-thru meal. The department would serve carry-out plates of meatloaf, mashed potatoes and gravy, green beans, a roll and apple cobbler, peach cobbler or yellow cake with buttercream frosting for curbside pickup.

Like most nonprofit organizations, Prospect Volunteer Fire Department will be thrilled for a return to a post-pandemic normalcy. Included with that, the department has hopes to get back to the fair and resume its bingo role in 2021.

The year the fair went dark