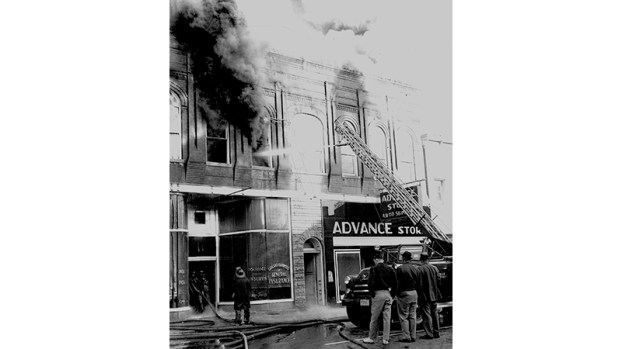 Farmville Fire Department members fight a fire in this old photograph from a growing collection that is presently being compiled by Farmville-Prince Edward Historical Society members Dan Pempel, Jim Davis and President Jimmy Hurt. They are hoping to receive more historical artifacts related to the department from people in the community who may have some. 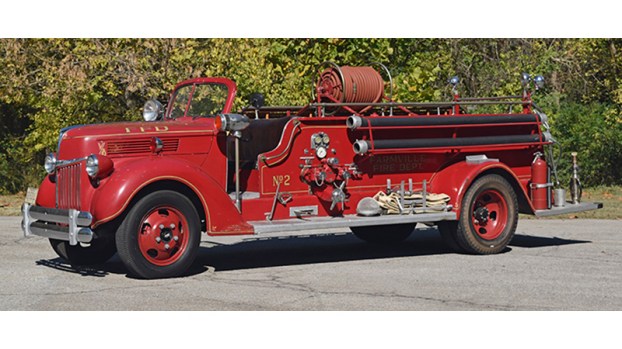 This photo of an old Farmville Fire Department firetruck is an example of some of the history assembled by Farmville-Prince Edward Historical Society members Dan Pempel, Jim Davis and President Jimmy Hurt.

The Farmville Fire Department’s (FFD) 150th anniversary celebration originally set for Oct. 18 has been postponed until at least April 2021 due to the COVID-19 pandemic.

The event had been set to feature a parade and an after-party at the Firemen’s Sports Arena where many historical photos and artifacts relevant to the FFD — that have been found — would have been on display.

The key figures helping put together the celebration and gathering the historical data on the department are three members of the Farmville-Prince Edward Historical Society — its president, Jimmy Hurt, and two veteran firefighters, Jim Davis and Dan Pempel. Davis is a lifetime member of the FFD and actively served there for 10-12 years, and Pempel has served there 17 years since moving to the area from New York and is still an active member.

Pempel is the one who initiated the history project on the department. He said he brought it up because when he was on Long Island, the department there had a significant 100th anniversary celebration with a parade that featured a line of firetrucks stretching out over multiple blocks.

Some time after moving to Farmville, Pempel had gotten into the habit of looking into the history of the Farmville Fire Department.

“I was going over to the library because they had the newspaper articles, and I was sitting there copying them, and then I found out (Jim Davis) had most of them,” he said.

“Dan and I were talking one time about, ‘Where’s the history of this place?’” Davis said. “I had some of it at home from the past.”

Pempel ended up recruiting Hurt for the project.

So far, he has compiled 1,500 pictures related to the FFD and scanned four to five scrapbooks.

He noted the historical society has a deal with Longwood University that it can store its archives in the environmentally controlled basement of Longwood’s Greenwood Library.

“So the fire department turned over all their archives to the historical society, which took them straight over to Longwood, so now they’re preserved and all together,” Hurt said.

Now with more time to plan the 150th anniversary celebration, Hurt, Davis and Pempel are taking advantage of the extension, making more decisions on what sort of historical presentation they want to craft.

“We’re kind of, right now, leaning towards making 12 different movies, which we can set up when they have the parade, then the after-party at the arena, (or) wherever it comes to be,” Hurt said. “We can show all of this stuff easily right up on big screens and keep everybody interested in the history of the fire department and basically let them know there is history and it is being saved.”

The celebration is tentatively postponed until April, but Davis said it will ultimately be whenever the town decides to do it.

“A lot of it depends on the virus,” he said. “So, sometime next year.”

In the meantime, however, Davis, Pempel and Hurt are hoping to gather more historical artifacts and photos from people in the community who may have them stored away.

Davis said he discovered a notable stash of relevant materials in a storage bin on Third Street that belonged to Gary Atkins.

“Stuff’s all around,” Davis said. “We’d just like to get it all here.”