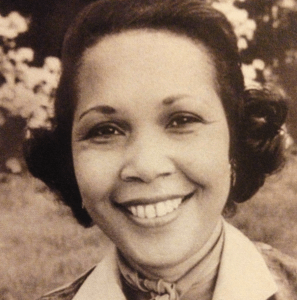 Civil rights activist Barbara Johns, who led a student strike for equal schools in Farmville resulting in the desegregation of schools across America, has been mentioned as a candidate to replace Lee in the National Statuary Hall.

Johns’ name did not come up in the public comments as a potential to replace Lee under the Capitol rotunda during Thursday’s meeting, but ironically, the man the school she walked out of is named for was mentioned. One citizen who spoke to the board brought up Robert Russa Moton, of Amelia County, as a potential candidate for the new statue. Moton was an educator who served as principal of the Tuskegee Institute for 20 years.

George C. Marshall was the name most commonly brought up to replace Lee. The VMI graduate and originator of the Marshall Plan after World War II was mentioned by three of the six speakers.

Johns’ name did come up as a suggestion once in an email to the commission from Wanda Fennell of Fredericksburg.

Other interesting suggestions in emails to the commission were an oak tree, Pocahontas and Edgar Allen Poe.

The purpose of Thursday’s meeting was not to choose a replacement statue but to set the path and criteria for getting to that point. There are several steps that will be taken before an official recommendation on a name is sent to the governor and General Assembly for approval.

A 30-day public comment period on the recommendation will begin Friday, Oct. 16. As part of this process, the commission agreed to give Virginia schoolchildren a say in the process. Students from across the state will be asked for suggestions as to who should join George Washington as Virginia’s second statue in the National Statuary Hall.

The commission will hold a public hearing at a date to be determined in November and then meet in December to select the subject for the replacement statue.

• represent only one individual

• have an association with significant ideals, writings and/or intellectual thought

• an exemplification of valor, patriotism or bravery

• the person should not be in conflict with current prevailing values.