A Look into the Past: A tale of two burials — out of sight but not out of mind 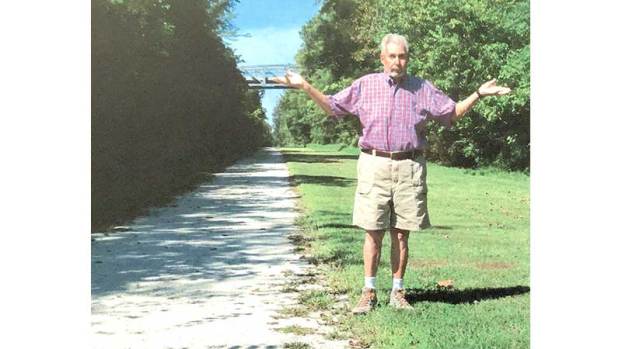 Dr. Jim Jordan stands on the approximate site of an unexplained mystery: the “Lost Treasure of Farmville” that has never been found. 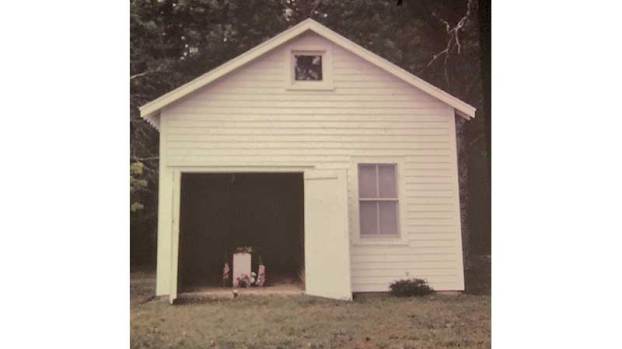 This unassuming garage in Cumberland County has a surprise inside — the grave of its former owner, Squair M. Shuart, who asked to be buried with his prized possession — a 1929 Model A Ford. 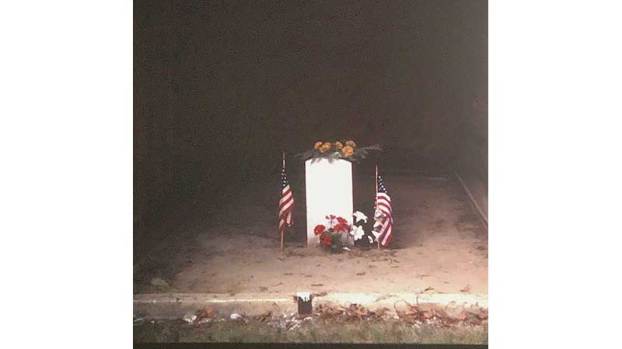 Squair M. Shuart, who served in the Union Army, chose to settle in Cumberland County after the Civil War. 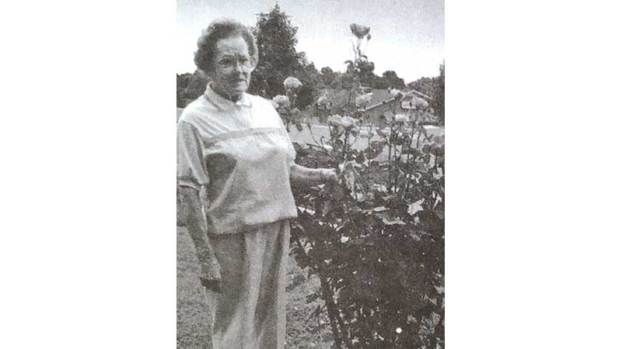 Red Doyne, known around Farmville for her beautiful roses, once discovered an unexpected burial under a rose bush: a prehistoric spear point.

Archeologists are good at finding buried things, and when things turn up where they aren’t supposed to be, well, we want to know why.

This is a story of two rather unusual burials in Farmville’s past — one remains a mystery; the other adds new meaning to “the end of the road.”

If you had been standing on Farmville’s Main Street on Thursday morning, April 6, 1865, you would have heard the rumble of cannons firing five miles away at Sailor’s Creek. What you could not have known but probably suspected was that the armies of Gens. Ulysses S. Grant and Robert E. Lee would soon be moving into the Town of Farmville.

Farmville residents of that time would have been all too aware of what happened in Fredericksburg in December 1862 when these two armies collided. Fredericksburg was devastated. Nearly every home and business was destroyed.

On that April day in 1865, it was not surprising the citizens of Farmville began to hide whatever they had of value as it became apparent the two armies were advancing toward town.

Head cashier and bookkeeper Zack A. Blanton was frantically gathering money in the safes of the Planter’s Bank on Main Street. His plan was to hide the bank’s assets outside of town, and his labors succeeded. The bank’s deposits were saved.

Mrs. Christopher C. Lockett, who was gathering valuables up on Beech Street along with Mrs. Elizabeth R. McIlwaine, wife of Farmville Presbyterian’s pastor, was not so lucky. The two Farmville women managed to convince their friends to gather up their valuables —silver, jewelry, gold coins, watches and diamond rings — and bring them to the Lockett house.

Putting these items together into a “bundle wrapped in several rugs,” Mrs. Lockett proceeded to bury the valuables in “the new cut on the Southside Railroad.”

Mrs. Lockett chose this burial spot because the dirt along the railroad tracks was still fresh from the laying of the rails and thus would not tip off anyone searching for hidden treasure.

She was correct in that assumption. So correct, in fact, that Mrs. Lockett was never able to locate the spot again herself.

To this day, Farmville’s Lost Treasure remains a mystery. It remains to be seen whether it will ever be found.

THE GRAVE IN THE GARAGE

Nothing unusual here, you say. True, yet this burial spot is different from most. Mr. Shuart isn’t in a cemetery, you see. He’s buried in his garage.

The tale of the grave in the garage began during the Civil War. Private Shuart, a Yankee soldier, apparently fell in love with Virginia.

When the war ended, Shuart did not return to his hometown in Ohio. Instead he built a small two-room house in Cumberland County across the Appomattox River from Farmville where he became a farmer and beekeeper.

The two rooms in his house were divided. One room included the kitchen, living room, dining room and bedroom, and the other room was a garage. The garage housed Shuart’s 1929 Model A Ford, a prized possession that he drove almost daily from Farmville to Cumberland Court House on Route 45.

“He loved that car,” Shuart’s grandson Arthur J. Thompson remembered. “He was so particular about it; he was always washing it.”

Before Shuart died at the age of 89, he told his neighbors that he wished to be buried in his two-room house with his car parked over him. Unfortunately, the Peoples National Bank of Farmville took the car away, so Shuart had to be content with being buried in the floor of his now empty garage.

He’s still there, and every year on Memorial Day his house on Route 45 is opened and flowers are placed on his garage grave.

One day when I was still professor of archaeology at Longwood University, I had a call from Tucker Doyne from his home named Rose Hill.

Tucker, businessman and civil leader for nearly a century in Farmville, and his wife Red were renowned for the beautiful roses they grew.

“Dr. Jordan, I’ve found something strange under one of my roses,” Tucker told me. “Please come and look at it.”

I went to Tucker’s home and saw something that had been buried under Tucker’s rose bush for thousands of years — a prehistoric spear point that had been chipped from a quartz rock by a Virginia Indian.

Tucker was proud of his find, and so was I.

The moral of this story is you don’t have to be an archeologist to uncover unexpected burials. All you need is a bit of curiosity — and occasionally a shovel.

So the next time you walk out into your backyard or put something in the garage, it wouldn’t hurt to ask yourself this question, “What’s buried under my feet?”