A group of 50 to 60 people regularly benefit from the nourishment provided by Prince Edward County Meals on Wheels.

Thanks to volunteers stepping up in a time of dire need, those 50 to 60 residents have continued to enjoy the service amid the COVID-19 pandemic.

Prince Edward County Meals on Wheels Director Frank Lacey said the biggest challenge imposed upon him by the pandemic was the need to find new delivery drivers.

“We are a volunteer organization, and we have six routes and we deliver five days a week, so that’s 30 drivers, right?” he said.

He noted a couple volunteers may drive more than once a week, but either way, he has to have 30 slots filled.

“In March, when this whole (pandemic) hit, I lost 12 drivers immediately, which made (Prince Edward County Meals on Wheels) very close to almost inoperable,” he said. “If I had lost a couple more, I’d have had to really think seriously about maybe closing it down or so.”

Lacey said the 12 drivers he lost were not infected with the novel coronavirus, but they were concerned, possibly due to their age or because they had a pre-existing health ailment.

He said he had a couple other drivers that were not feeling very comfortable but were willing to try.

And then meeting the need, 12 new drivers volunteered to join the effort this year.

“It was pretty incredible,” Lacey said. “The president of Hampden-Sydney College, his wife, Lesley Stimpert, her and her daughter delivered meals. They delivered meals until this week, so that’s quite a while, a lot longer than what they thought.”

He emphasized that no one thought the pandemic was going to be longer than a couple months.

Edgar Jones, the local State Farm insurance agent, and his family stepped into the gap and have become faithful meal couriers this year as well.

Lacey said he is amazed by the willingness of people to step up and serve in the face of the novel coronavirus.

“The volunteers, to me, are really what make it just really fun for me, the people that step up and do things, even when they’re a little scared, because some of them were very scared about getting (COVID-19), and they did it anyway,” he said.

The sizes of the six routes are all different, Lacey stated. Some of them can be completed in probably an hour, and some of them might actually take two hours.

“We have a Meherrin route,” he said. “And then we have a route that goes down past Rice, and those are the two probably longest ones. We have a Cumberland route that has grown and just the number of people that we deliver to makes it kind of a longer route.”

Beyond that, he noted the amount of time it takes to complete a route depends on the driver and what they are able to do.

“Obviously, with this pandemic thing, most people weren’t really interested in talking very much, at first at least,” he said.

Meal recipients would reach out to get their food, or many would want deliverers to place it somewhere outside the door, and then they would come and pick it up shortly thereafter.

“But then as time has gone on, people have become more talkative and kind of more like they used to be,” Lacey said.

“To me, that’s one of the jobs of Meals on Wheels. Because it is a daily thing, it’s contact with people, and so we encourage our people to be pleasant and talk to people, because some people, that’s all the interaction they get.”

He confirmed that most of the 50-plus people the organization serves are elderly. Approximately 10 are younger but homebound.

Prince Edward County Meals on Wheels buys the meals from Centra Southside Community Hospital, which has added COVID-19 restrictions for Lacey to abide by as he picks up the meals for distribution to his drivers.

Each meal has the recipient’s name on it, Lacey said. Recipients receive one meal each day, Monday-Friday, delivered around lunchtime, though some recipients save it for dinner.

The meals vary from day to day, but on a given day, most recipients are receiving the same meal.

“But there’s I’d say probably 15 people that we have to prepare their meals separately, and so that’s the deal with each person having their name (on the meal),” Lacey said.

Ricky and Regina Hux have become volunteer drivers this year, and as they made their deliveries Tuesday, Sept. 1, the appreciation from the recipients was on full display.

“It’s wonderful — good meal every day,” John Smith said moments after Ricky Hux made the delivery in Smith’s home. “I can’t cook, I can’t boil water, so it really is nice, real nice. I enjoy them, something different every day. I like everything they bring.”

Lacey said the local Meals on Wheels organization does not advertise in search of more recipients of food because it is limited by its finances.

“If we go over 60 (recipients), we are really going in the red bad,” he said. “In other words, it’s costing way more money to do it than what we are pulling in.”

He noted the local organization does not receive state or federal funding to operate — only local money, and the coronavirus has impacted the receipt of that this year.

“I guess one of the big things for us too lately, is that in the spring, for the last 10 years, we’ve had a wine festival,” he said. “That’s our big money-making thing. Last year, so that would be 2019, we cleared $25,000. We shut Farmville down on that Saturday, the third Saturday in April, and it’s a pretty big thing, and of course, we couldn’t do it this year.”

But Prince Edward County Meals on Wheels has been able to carry on financially. And it relies upon word-of-mouth and health professionals for recommending recipients.

And of course for meal deliveries, it relies upon those all-important volunteers.

“They’re pretty good people all the way around that we have,” Lacey said. “They’re just pretty amazing individuals.” 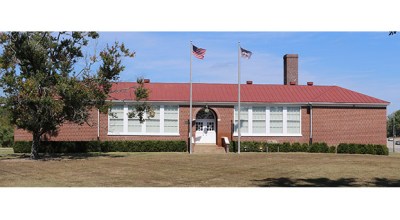