A reported miscommunication led to a Prince Edward County Board of Supervisors special meeting being held without the notification required by the Code of Virginia.

The board met Friday, Aug. 21, for a special meeting during which it enacted an emergency ordinance instituting temporary measures for certain gatherings to prevent the spread of COVID-19.

Prince Edward County Administrator Wade Bartlett looked into why a notification of the meeting was not sent to The Farmville Herald and shared his findings with The Herald Friday, Aug. 28.

“Due to miscommunication it appears the notice was not placed on the county website nor sent to what we call the (Freedom of Information Act) FOIA list, which is how you normally are notified of meetings,” he stated. “It took me a few days to determine what happened because the employee who normally places the notices and sends the notice out to the FOIA list was on vacation last Friday and all of this week.”

The Code of Virginia Section 2.2-3707(D) states that notice, reasonable under the circumstance, of special, emergency, or continued meetings shall be given contemporaneously with the notice provided to the members of the public body conducting the meeting. 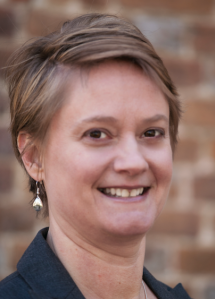 Megan Rhyne, executive director of the Virginia Coalition for Open Government, said a notice is absolutely required, and it must include date, time and location of the meeting. It must be posted in three places: a government website, a prominent public location where notices are regularly posted and the clerk’s office, or if there is no clerk, the chief administrator’s office.

The Herald learned of the Aug. 21 special meeting after finding an agenda for the meeting listed in the relevant subsection of the county website.

Rhyne said she supposes an agenda could stand in as a notice, but it must include the already mentioned elements, and it must be posted in the same manner as well.

“FOIA does not require that there even be an agenda, so I would argue that for an agenda to count as notice it must be clearly labeled as notice,” she said.

She noted that furthermore, Section 2.2-3707(E) adds that any person can file a request for notification of a meeting. Quoting part of Subsection E, she stated, “The public body receiving such request shall provide notice of all meetings directly to each such person.”

Bartlett made it clear he was taking the lack of notification seriously.

“I am continuing to review the failure to provide notice and determine if changes need to be made in county procedures so this does not happen again,” he said.

Bartlett stated the emergency ordinance the board voted to enact at the unannounced meeting can and will remain in effect, pointing to Code of Virginia Section 15.2-1427.

In that section, the last sentence of Subsection F states, “In counties, emergency ordinances may be adopted without prior notice; however, no such ordinance shall be enforced for more than 60 days unless re-adopted in conformity with the provisions of this code.”

It was intended that as soon as possible, the ordinance would be placed on the agenda of the next available board meeting, allowing time to advertise a public hearing for the same ordinance, Bartlett said.

“This would allow the citizens the opportunity to express their opinion on the ordinance and then have the Board of Supervisors make a decision to re-adopt the ordinance or not,” he said. 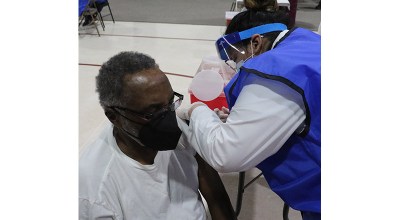