Compassion is a good thing when you are using your resources in assisting others in a time of their need.  It is far different when you, as a legislator, are shifting the cost of that compassion to others, such as taxpayers, and claiming that you a good and righteous person.

Members of the majority party in the General Assembly are so proud of helping those whose income might have been affected by COVID-19.  However, rather than dealing with those who have truly been harmed, they are using an axe rather than a scalpel.  Therein lies the problem. 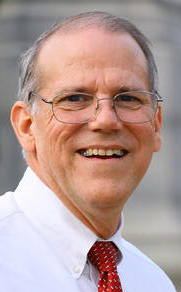 While some truly need help, most who lost their jobs in March started receiving unemployment, stimulus payments, and $600 Federal Pandemic Unemployment Compensation, which was paid for all weeks between March 28 and July 31.  In many cases, this gave some greater income during this period than they earned while working.  Yet word got around that landlords could not evict non-payers during this period.  Therefore, some just stopped paying rent and utility bills.

The very compassionate members of the General Assembly want to continue blocking evictions an additional six months, in all a full year.  However, their compassion does not extend to the house or apartment owner who can easily be driven into bankruptcy because they can’t pay their mortgage payments.  The legislators pushing these bills don’t seem to understand finance.  They ignore the blight of the property owner who has to pay his bills.  They expect the property owner to let the renter slide for a year then catch up next year.  The reality is that, in most cases, when the non-payment protection stops, the renters will simply move out in the middle of the night.  If this happens, it will affect two things.  First, property owners will be forced to demand higher deposits to protect themselves in the future.  Additionally, they will have to raise rents on all renters to recover some of their losses during this period.

The same is occurring with utilities.  The compassionate crowd thinks the big electric companies are the only ones affected.  Actually, over time, Dominion Power and AEP will be the least affected.  They will simply file for rate increases to recover profit.  This will spread the cost over a broad group of users.  Those most affected will be the smaller utility companies that have a limited number of customers.  Consider any of our small towns and water authorities that simply do not have the customer base.  They can only cover the non-payers for a short time before they will have to raise the rate for all others.  Currently, the City of Danville has high electric power rates.  If they can not collect from those not paying their bill, it will negatively affect the households and businesses they serve.

As I started this column, compassion should be the role of individuals and businesses.  Government confiscation is not compassion. That is legalized robbery.

Because we are still in special session, we do not know yet where we will end up on the left’s attack on law enforcement.  We do know that it will be harder to keep officers in their chosen profession, and it will be more expensive to the taxpayers of Virginia.  The Senate killed the worst House proposal – ending limited civil immunity for officers.  The House killed the worst Senate bill that would have dropped the penalty for attacking an officer from a felony to a misdemeanor.  It appears that even the Democrats in the House saw and heard the news stories about the throwing of human waste and concrete filled water bottles at police.

I have been delighted to hear reports that voters are going to the registrar’s offices and voting rather than waiting and hoping that the mail-in system isn’t compromised.  Everyone that I have heard from has been delighted with the ease in which they have been able to vote and watching their vote being recorded.

We all offer our prayers to those who suffer from the virus and we wish for their return to a normal life as soon as possible.  I am encouraged by new treatments and look forward to an inoculation being available sooner rather than later.

Your turn — Report Card of the Year

Letter to the Editor — Restaurant tax hard on poor folks

LETTER — Far too much power rests in the…