The Piedmont Health District saw 64 new coronavirus cases last week, 17 of which, or more than 26%, were patients less than 25 years of age. 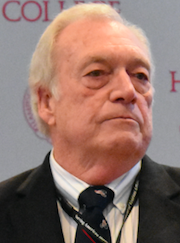 According to Piedmont Health District Director Dr. H. Robert Nash, the district is seeing a decrease in cases overall compared to the previous week, and about half of the daily rate of cases seen back in the first week of August.

Nash said the office has received sporadic reports of suspect cases from school districts in almost all counties in the Piedmont Health District. He said those reports were immediately quarantined and no true outbreaks had been identified as of Friday, Aug. 28.

Nash added this district is doing very well compared to other regions across the state, which he attributed to the population taking individual responsibility for virus prevention and strictly following social distancing and mask wearing.

In other coronavirus-related news, Friday, Aug. 28, officials announced every detainee at the Immigration Centers of America (ICA) Farmville detention center had met CDC criteria to be considered “recovered” from the virus after testing positive, marking an end to the center’s long COVID-19 outbreak.

Monday, Aug. 31, the Virginia Department of Health (VDH) reported online 644 cumulative cases of the coronavirus in Buckingham County since the beginning of the pandemic. The number was up 10 cases from 634 the week prior.

Cumberland was listed Monday as having experienced 97 total cases of the virus, up five from 92 last week.