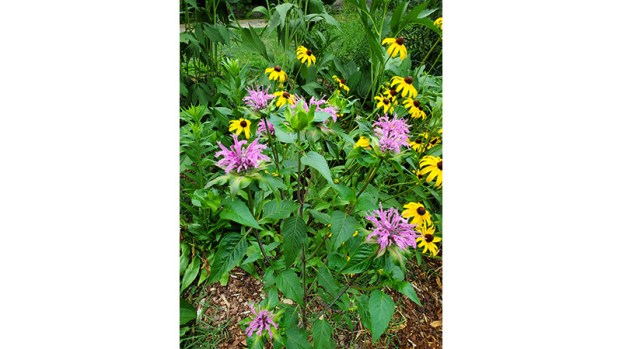 Rudbeckia and monarda work well in a combination planting. 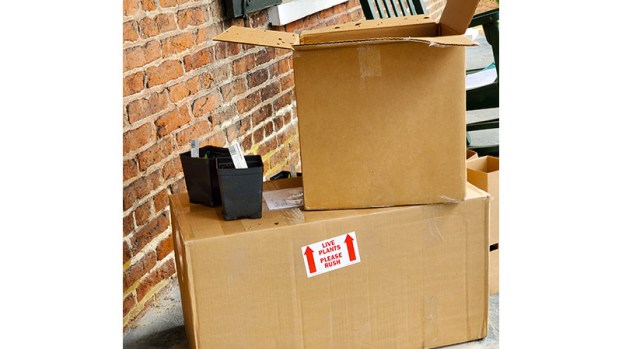 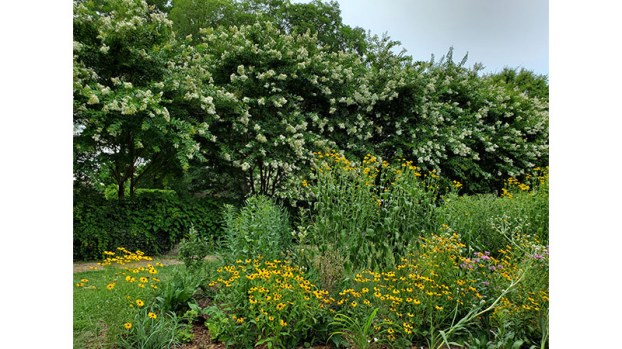 By early June, there were some blooms in the new bed of mostly late blooming native plants. 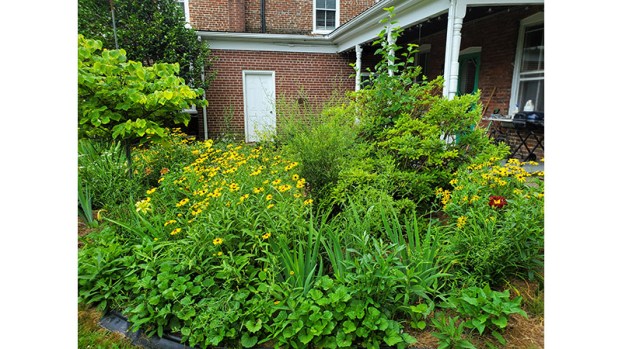 The bed near the back porch features George Lindley Tabor azaleas in early spring and then transitions to a mix of native plants and daylilies. 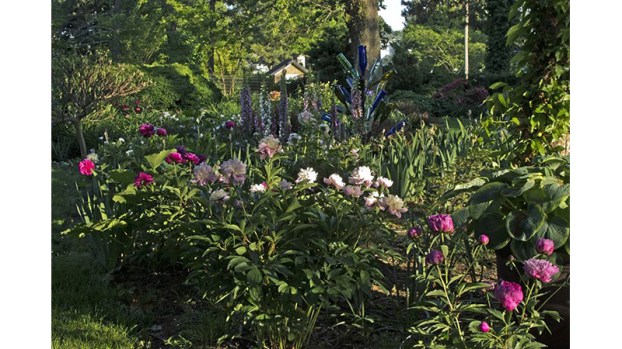 The backyard in early spring is bright with irises, peonies, and spiderwort.

What do you do when find out that your garden is going to be on the PBS program “Virginia Home Grown” and that filming won’t take place until early October?

Oh, and that the topic is Infusing Natives into the Existing Landscape. My first reaction was panic because I have a spring/early summer garden that has very little of interest after July 4. My second reaction was delight. What a great challenge.

About 24 hours later, I realized that there would be lots of work involved in getting the garden ready for public scrutiny. Weeds, overgrown borders, scruffy-looking areas, holes dug by dogs, and more would need my attention.

I knew that I already had quite a few native plants but wasn’t sure how many, so, my first step was to compile a spreadsheet of existing native plants, along with notes about location, bloom period, and why I had planted them. As expected, there were lots of early spring ephemerals, but only a few tough mid-summer plants – Virginia bluebells, trillium, wild geranium, green and gold, horsemint, boneset, etc. — but nothing that bloomed in late summer/early fall.

I contacted a friend at the Department of Conservation and Recreation, and he sent me a list of plants that just might still be blooming in early October and suggested that I limit new introductions to plants that have been documented in Nottoway County or within a two-county radius. After some more research, I added 40 potential new native plants to my spreadsheet and began the tedious search for vendors, both local and online.

By early April, the plants started to arrive, and the fun began.

I dug a new bed that’s about 30 feet long and 10 feet wide. I filled it with layers of mostly natives — rattlesnake master interplanted with monarda; asters interplanted with goldenrods; deciduous hollies spread across the center to provide structure as well as bright fall foliage and berries; waves of Joe Pye weed, ironweed, and giant coneflowers along the back to provide height, color, and texture; and lots of low-growing lyre leaf sage and native grasses to fill in bare spots, especially at the front of the bed.

I planted everything much closer together than I normally would because many of the plants I used are leggy, and I wanted them to support each other. Dense planting also means fewer weeds and a bed that immediately looks mature.

I also reset two existing perennial beds because they were overgrown. One had a major infestation of poison ivy and nut sedge, both of which are difficult to eradicate. The other bed was filled with well more than 100 types of daylilies, as well as irises and peonies. It was a fairly traditional Virginia-style bed. We tried to reconfigure the design to incorporate more late-blooming natives, but found that it was difficult.

Peonies and irises have an entirely different look from most native plants. I grouped the irises at one end of the bed, left the peonies where they were, let common violets run rampant, and added several types of native mints and grasses to this bed. This bed still needs work.

Along the way, there were some mishaps and some laughs.

Never, ever allow a man wielding a string trimmer near small new plants, even if he planted them. Never, ever allow inexperienced garden helpers to weed because they’re sure to eliminate the most expensive new plants in every bed.

Remember: some native plants look a lot like weeds. Don’t plant anything that requires lots of water because July in Virginia can be brutal. And finally, be sure to tell the neighbors what’s happening. They have far more interest in your garden than you might ever imagine, and some of them will be horrified to see goldenrods and grasses rather than giant elephant ears.

It’s all been an arduous learning experience that has forced me to rethink what a garden is and what I consider beautiful. I’ll never give up my peonies, irises, and daylilies, but I’ve learned to love rattlesnake master, many goldenrods, and native grasses.

If you’re interested in seeing the program, it’s the October episode of “Virginia Home Grown,” which airs on Oct. 27. Check local schedules for the time.