Davis appointed to Buckingham Board of Supervisors

A new but familiar face has been appointed to the previously vacant District 1 seat of the Buckingham Board of Supervisors. 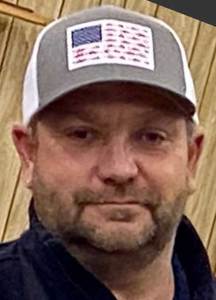 At an Aug. 17 work session, board members discussed filling the District 1 seat after the passing of previous District 1 Supervisor Robert “Bobby” Jones. At the meeting, supervisors noted it was Jones’ wish that Dennis Davis serve in his place should he be unable to finish out his term.

Fulfilling Jones’ wish, Davis was appointed to the board.

Davis, age 50, lives just 200 yards from where he was born in New Canton. Having worked for Central Virginia Maintenance for more than 30 years before the company closed its doors in January, he now works for ITS Maintenance.

Residents will likely know Davis from his long history of service with the Arvonia Fire Department. Davis served as vice president of the department for more than 25 years before stepping down from the position after being appointed to the board.

He is also active in the community as a deacon at Mt. Zion Baptist Church in New Canton.

Davis added he ran for a position on the board in the past, losing in 2015 by only four votes.

As a supervisor, Davis will be serving on the board until election time in November of 2021, although he may choose to seek reelection. He hopes to use his passion for his community and long history of business management in order to serve the people of the county.

“I’ll do my best to do the best job I can for them,” he said of his constituents.

Davis wants to see the county expand its business opportunities so that citizens can have good-paying jobs.

To learn of Jones’ request was humbling.

“When I got word from the county that Bobby wanted me to serve out his term, I was honored and blessed,” he said.