A cool find on a hot day 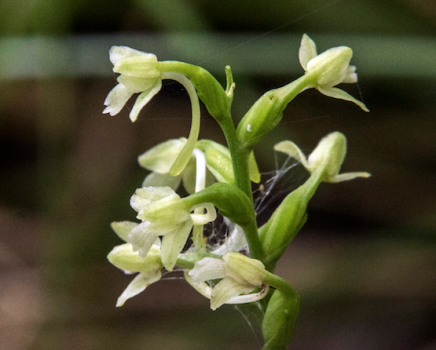 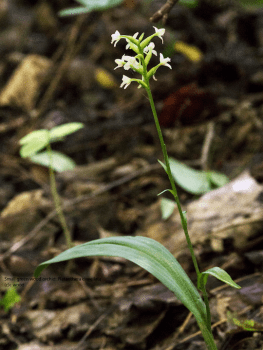 I wandered around one area on so many consecutive days that my presence became a joke among staff at the park. They just couldn’t imagine why I needed to walk back and forth through the muck day after day, and on some days, I wasn’t sure either. The problem was that I had seen one solitary plant of yellow bartonia and a soapwort gentian, but my photos were all bad’ very bad, and I wanted some decent ones.

And so, I walked back and forth in a grid pattern trying to find those elusive plants again. In the meantime, I found a huge colony of small green wood orchids (Platanthera clavellata). The small green wood orchid is only 4 to 16 inches tall, including the flowering stalk. With the exception of the ladies’ tresses (Spiranthes spp.) orchids, it is one of the last native orchids to bloom.

The small green wood orchid is beautiful in a quiet sort of way. It has a light green central stalk. Near the bottom of the stalk is a single oblong leaf that is 2 to 6 inches long and about 1 to 1-1/2 inches wide. As expected, it has parallel venation and a conspicuous central vein. All the leaves above this single large leaf are much smaller, resembling bracts, and are arranged on alternate sides of the stalk.

The central stalk ends in a three fourths to 4 inch long raceme of 5 to 20 greenish white flowers that are often twisted to the side. The flowers have long nectar spurs and are lightly fragrant. Not much is known about the pollination of this orchid, but because of the long nectar spur, it is probably pollinated by moths. It is also capable of self-pollination. The pollen germinates within the pollinia and the pollen tube grows down onto the stigma.

The small green wood orchid is broadly distributed across central and eastern Canada and the United States, from Texas to Newfoundland. It is found in bogs, moist meadows swamps, and wet woodlands in both acidic and basic soil. It has a facultative wetland status (FACW), meaning it is usually found in wetlands (67% to 99% estimated probability).

In spite of the perils and aggravation of walking a grid in a very wet area, (I nearly lost a boot one day), I found the yellow bartonia and managed to get several decent photos. It’s a tiny plant with very small insignificant looking flowers, but I found it. I wish I could say that I found it by methodically walking my grid, but I found it by nearly stepping on it. The huge colony of white wood orchids, however, made all the days in the swamp more than worthwhile.