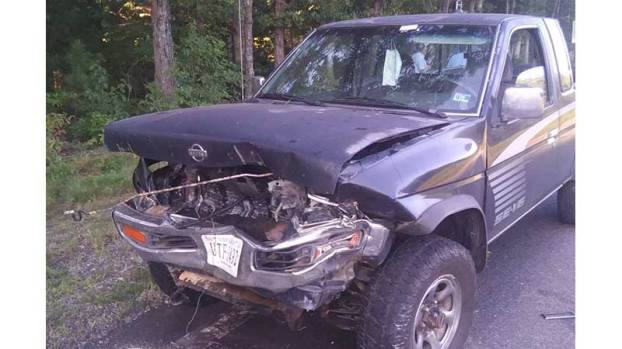 A Nissan Frontier suffered significant damage after running into the rear of a Mack Tractor/Bobtail on Tuesday morning, Aug. 25, in Prince Edward County.

VSP Public Relations Director Corinne N. Geller noted in a statement that the crash occurred at 7:10 a.m. on Route 360, less than a mile west of Route 704.

The driver of the Nissan, Koty S. Seamster, 18, of Rice, was treated at the scene for minor injuries, Geller said. He was wearing a seat belt.

“The operator of the tractor, James R. Johnson, 74, of Keysville, was transported to a nearby hospital for treatment of minor injuries,” Geller said, referring to Centra Southside Community Hospital.

She noted Johnson was also wearing a seat belt.

“Seamster was charged with reckless driving for failure to maintain control of his vehicle,” Geller said.