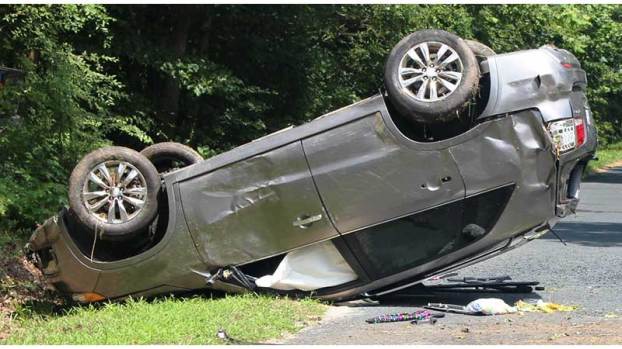 Two passengers were taken to the hospital for the treatment of minor injuries after a vehicle overturned on River Road Wednesday afternoon, Aug. 19. (Photo by Dan Pempel)

Randolph Volunteer Fire Department (RVFD) responded Wednesday, Aug. 19, to a single-vehicle accident after a car overturned in the 1200 block of River Road in Cumberland.

According to RVFD member Dan Pempel, there were four passengers in the car at the time of the accident, two of which were transported to nearby Southside Centra Community Hospital in Farmville for the treatment of minor injuries.