Riley reflects on highlights of a legendary run

The tectonic plates of Longwood University athletics and NCAA Division I softball in the region shifted June 26 with Kathy Riley’s announcement of her retirement as head coach of the Lancers softball team.

“Legendary” is a term reserved for only a few, and she lived up to it.

Chris Cook, Longwood assistant vice president for athletics communications, highlighted her many achievements in the lengthy press release he penned to announce her decision.

He noted that in her 23 seasons in Farmville, she led the softball program to five Big South Championships and five corresponding trips to the NCAA Division I Tournament. 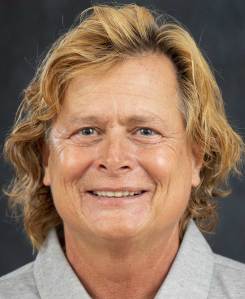 Longwood was not simply a participant in the NCAA Tournament. In those five trips, the Lancers went 5-10 and were highly competitive against top teams in the nation. Across two different years, Longwood faced a University of Tennessee program that was both the regional host and No. 8-ranked team in the nation. The Lancers played the Volunteers particularly close, falling only 2-0 in a 2015 game and 3-0 in a 2017 showdown.

Overall, Riley led the Lancers to a 722-400-1 record, which represents a .644 winning percentage. Cook noted that Riley steps away as the winningest women’s varsity coach in Longwood’s 100-year history of athletics.

One of the first questions that comes to mind at the end of such an epic run is why the run is ending.

Twenty-one games into the strange year that is 2020, the Lancers’ season was ended by the COVID-19 pandemic.

But before that, nine games into the season, it was announced Riley would be taking a leave of absence for the remainder of the 2020 campaign.

Riley recently allayed concerns some may have had while also offering some insight into why she felt now was the right time to bring her coaching career to a close.

“My health is fine,” she said. “Really, my leave of absence didn’t have anything to do with health. But I’m really not in a good position to be talking about exactly the reasons why, but I think the combination of …”

She stopped for a second and then restarted.

“For me, coaching has always been about building relationships and really trying to help kids as much as we can, and I think sometimes, it seems like today, we get caught up a little bit more, I think coaching’s a tough situation now because we’re trying to please so many different entities,” she said. “You’ve got your 19 or 20 kids, and then you’ve got administration and then you’ve got their parents and then the way people look at things, and it’s just tough, because my philosophy is that we are going to experience ups and downs if we’re really trying to push the envelope and dig in there and find a little bit more about ourselves.

“I don’t think that there is an easy way to do that, and so people always kind of go, well, I’m an old-school coach, and sometimes I think that that feels negative to me, and it shouldn’t,” she continued. “Old school — the thing I love the most is coaching and dealing with the players and things that we need to get better at on and off the field and within our own personalities, and that’s what excites me the most about coaching.

“So sometimes when it seems like that’s the thing that you’re not getting to do, that you’re doing the least of, I think that’s probably why I thought more about retiring.”

Riley emphasized that her players have remained resilient throughout her career, up to and including the 2020 roster — able to do anything she asked of them.

“That’s really what drove me to want to coach anyway is to reach in there and show how much strength and how much they had to offer,” she said. “I think that’s probably what excited me the most about coaching was trying to figure those things out.”

Less than a week into her retirement, Riley shared what her new state in life feels like.

“Oh, it’s a little bit different,” she said, “Still trying to work through what your direction is next, what you’re really going to put your energy into, but it’s been good, though.”

She said she expects to stay in the Farmville area for a year and then maybe relocate after that.

Softball will remain a part of her life, though.

“I think, short term, I probably would maybe go help high school kids prepare for college by doing a lot of the same things we did here, and that’s just trying to teach them,” she said. “We have a lot of experience with what we do here or what we have done here or what college athletics is like, so I feel like maybe the progression might be to go and take some eighth through 10th graders and then really try to get them prepared and really have a feel for what’s going on.”

She said this work would be mostly with student-athletes who have already made a decision that they want to play at a high level in college, and the teaching would likely come through work in summer programs.

A key luxury retirement offers is a chance to reflect on what came before.

Riley shared what came to her mind when thinking of highlights that represent what she loved most about her 23-year run with Longwood softball.

“It’s pretty easy, first of all, to say that it’s been about relationships first,” she said. “You have relationships in the community, getting to know people like Wayne McWee, who was vice president there (at Longwood) who was a good friend of mine, and Gene Watson and Cannon Watson, all those people were always really good to me.

Then she noted on campus, the professors, students and staff were people she had really good relationships with.

”And then of course, the players that I was allowed to coach,” she said. “So relationships were No. 1.”

“Probably No. 2 was seeing the joy on my players’ faces when we actually were able to accomplish things at a high level that we wanted, whether it be the big conference game or winning a conference championship or going to the regionals and doing something that was really cool,” she said. “All of those, that would be the second thing to me in terms of memories.”

She paused briefly in considering No. 3.

“I think third was maybe really having an impact on developing some school pride,” she said, reflecting specifically on Longwood athletics’ transition from NCAA Division II to Division I, which occurred during her tenure. “I do think that the softball program was instrumental in the transition, because the transition was tough on us.

“I think having the ability or the opportunity to help get us through that and then actually develop some good feelings about athletics (was fulfilling),” she added. “And when those kids graduated, they were proud to be a Longwood student, when you put that ring on and say, ‘Yeah, hey, I went to Longwood.’”

Longwood softball helped raise the profile of the university and the community overall, helping put the name “Longwood” in people’s minds during the NCAA Tournament and even helping put the campus on camera in a nationally televised regular season home game.

Riley recalled teams the Lancers faced in the NCAA tournament and the impact of playing on that stage.

“We go up and we play teams like Tennessee, and we beat Ohio State and Virginia Tech, and I think those opportunities, again, it wasn’t just for our players,” she said. “It was really for our community and our student body. Because (the Lancers) got to go, we’re on a stage, and we want you to know that (Longwood) is a good place to be and something we’re proud of. And I felt like when we were going to those upper-level competitions, that’s what we were able to do for the broader community.”

Sometimes highlights from Riley’s time as coach came in small, relatively quiet moments. One such example showed that the learning could go both ways between a coach and player.

Riley noted being hard on her players because she is really competitive and wanted them to compete at a high level.

“I remember we were at one tournament once, and I think we might have lost our first game, and I was sitting in the bus, we were going to eat, and I wasn’t feeling that good, I was real quiet,” she said. “And then one of my players came by, and she said, ‘Hey, don’t worry, Coach. We’re going to be fine. We got this.’ You know how kids always say, ‘We got this’? It was Krista Kelly, and I looked up at her and I said, ‘For real?’ And she said, ‘Yeah,’ She goes, ‘We’re in a good spot. I feel it.’

As Cook stated in the release, Riley recruited and mentored some of the most decorated student-athletes to ever come through Longwood, including All-Americans and Big South Players of the Year Megan Baltzell and Brooke Short.

“When I think of Megan, I think how fortunate we were to have somebody of her caliber,” Riley said. “If you think about our school and where we are, for us to have two All-Americans — it’s almost an unbelievable feat. I don’t know that we’ll ever get in a position to do that again, but Brooke Short and Megan Baltzell were two just once-in-a-lifetime players that they just don’t come along very often.

“I think back, I appreciated Megan more after she graduated because I was just in the midst of really trying to teach her as much as I could,” Riley added. “But when I start thinking about hitting 30 home runs in one year and do it two times, it’s a pretty phenomenal feat.”

Riley’s players also had a reputation for doing well in the classroom.

“I think whether it be grades or anything else, really, what we wanted them to do was take responsibility and be hard workers, and we felt like if we did that, that would carry over into a lot of facets of their life, and that’s really what we wanted,” she said.

In the end, it is not in the athletic accomplishments of her players that Riley takes the most pride.

“If you said, ‘What makes me the most proud?’, it’s that when our kids go out into the real world, they have been very successful and handle themselves with a lot of grace and a lot of professionalism, and I believe we were a part of that reason why they were able to do that,” she said. “So that’s really what makes me feel the best is to see them all doing well, and ‘well,’ for me, mean(s) stable and happy. And that’s probably the most important thing to me of all.”

Church and Community Events for the week of Jan. 21