John H. “Jack” Allen, Sr., of Farmville, transitioned on June 29, 2020 at his son’s home. He was born on October 1, 1929 to the late Guy H. and Nannie Holman Allen. He was predeceased by his wife, Juanita S. Allen. He was also pre-deceased by his three siblings, William “Willie” N. Allen, Mildred A. Winfrey and Nancy A. Leslie. “Popa Jack”, as he was known by all, is survived by his son, J. Hubert “Hubie” Allen, Jr (Laura) of Farmville; one daughter, Diane A. Hylton of Kansas; and three grandchildren; Ryan Hylton, Olivia Hylton, and John H. “Trip” Allen, III. 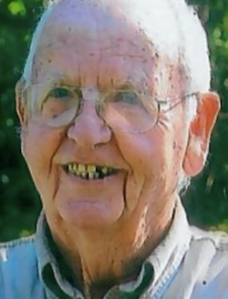 He is also survived by his special friends Linda Jones of Hopewell, Kay Hagaman of Prince George and Joyce Cunningham of Farmville. He always looked forward to visits from his “adopted” granddaughter Kayleigh Hagaman. The family would also like to bestow special recognition and thanks to his “angels”, Katt Robinson, Barbara Oliver, Maye Gardner, Octavia Hatcher, Niecy Hatcher and Brittany Hatcher who were his devoted caregivers. Thanks also to Ashton Madison and “Fruity” Jennings his hospice nurses.

He was a retired employee of Farmville Creamery and later by Flavor Rich Dairy. He was also a life-long farmer, enjoying spending time on farm equipment and with his cattle up to three days before his passing.

The family received friends on Sunday July 5, 2020 from 3 pm – 7 pm at Minor B. Eggleston Chapel 914 S. Main Street in Farmville. Funeral Services were held on Monday at 2:00pm on July 6, 2020 at Midway Baptist Church, 837 Guinea Rd. Farmville. Interment will be in Centenary Cemetery Cumberland.

“Popa Jack” was always concerned about food and those not fortunate enough to have it. He shared from his garden with many people. As a tribute, the family requests memorials to Delma’s Pantry, Cumberland, Randolph Volunteer Fire Department, or Midway Baptist Church Building Fund. The family also requested that the color blue be worn in his honor. Carl U. Eggleston Funeral Establishment of Farmville is serving the Allen Family.

Sallie Waddell Vanover, 77 of Meherrin, Virginia, passed away on June 30, 2020 in Keysville Virginia. Sallie was born to... read more