COLUMN – Public hearing is the right option for statue resolution 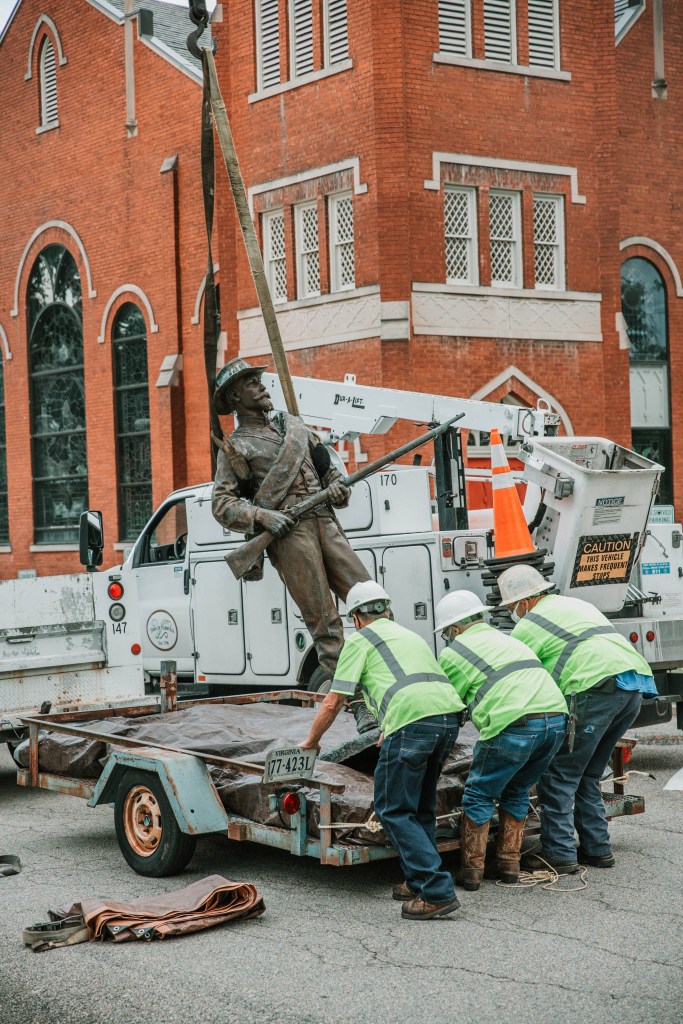 The Farmville Town Council, much maligned for its handling of the removal of the Confederate statue, got it right earlier this month when it decided to hold a public hearing to determine the fate of the soldier who overlooked High Street for nearly 120 years.

“I don’t believe it does this town any good to continue to push this issue out rather than resolve and move forward into more of what I believe are pressing issues for the town going forward,” Vincent said.

By voting for a public hearing, the town council eliminated the possibility of holding a referendum to let the citizens determine the fate of the statue. The new state law is clear that the court may only be petitioned for a referendum if subsection B of the law, which includes a called public hearing, has not been initiated.

That is a smart move for the future of this town. A referendum on a divisive issue such as the statue in a small town with a history of racial issues could have opened old wounds and caused problems that could have been detrimental for the future of Farmville. We have many scars from the civil rights era just now being reconciled in many ways. A fresh debate along mainly racial lines about a civil war statue would not be a productive way forward toward continued racial harmony.

What if Farmville had a referendum on the statue and the result was the majority of our citizens said they wanted to put it back up? The referendum is only an advisory referendum and a sane town council would never put up a Civil War statue in 2020 directly across from a progressive university, in front of a Methodist church. But the wounds caused by the vote and the words that would likely have been spewed during the debate would have been enough to cause irreparable discord.

The public hearing is the way to decide this matter. It is the responsibility of government to protect the interests and welfare of the minorities in our society. By maintaining control of this debate and determining the fate of the Confederate statue as a group, the city council has saved us from three months of nasty debates, repeated claims that you can’t erase history and years of damaged relations.

The council may pay a political price for the decision, but the outcome, and the continued progress of the town will be worth the cost.

ROGER WATSON is editor of The Farmville Herald. His email address is Roger.Watson@ FarmvilleHerald.com.

Your turn — Thoughts on the news

COLUMN — Public meetings should actually include the public