CATCHING UP WITH: Amy Tillerson-Brown

Amy Tillerson-Brown, a 1990 graduate of Prince Edward County High School, is currently living in Waynesboro where she is a professor of history and history department chair at Mary Baldwin University, in Staunton. She teaches courses in African American, United States, women’s and African diaspora history. 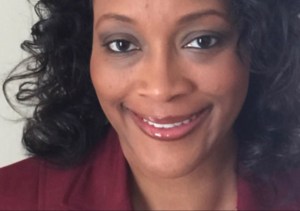 After graduating from PECHS, Tillerson-Brown earned her B.A. and M.A. Ed. from Virginia Tech in 1994 and 1996 and lived and worked in Baltimore while completing her Ph.D. that was conferred in 2006.

Tillerson-Brown says she loves the rich history and legacy of activism and resilience associated with Farmville.

Tillerson-Brown said her father was the one who instilled within her a love of history and culture.

“He introduced me to many books, poems and stories about Black heritage,” Tillerson-Brown said. “My mother taught me the importance of perseverance and tenacity. She required order of my world encouraging me to organize and plan, no matter how small the task. Both influences have guided not only my career decisions, research interests, and community service endeavors, but have also contributed to my longevity in academia. This said, nothing I have achieved would exist without God’s grace, mercy and divine protection.”

This project analyses the activism of Black women in Prince Edward County before and during the public school crisis that began with the 1951 R. R. Moton High School student strike in protest of inadequate educational facilities and ended with the reopening of public schools that closed from 1959-1964 to resist the desegregation mandate of the Brown v. Board of Education decision.

Tillerson-Brown’s research examines the activism of Black PEC women who, despite less than optimal economic conditions and traditional negative assumptions associated with their race and gender, networked to build their communities.

In 2013, Tillerson-Brown produced a documentary, “Voices from Port Republic Road.” Focusing on the experiences of alumni from the Rosenwald School in Waynesboro. This project documents the interconnectedness of school, church, and business in this mid-20th century rural Black community along with the challenges of public school segregation and integration.

When she is not busy teaching and researching, Tillerson-Brown says she enjoys reading and traveling with her family.

TOWN AND GOWN – It’s all about community

In 1995 as I was finishing my predoctoral internship in Pittsburgh, I started a national job search and was invited... read more