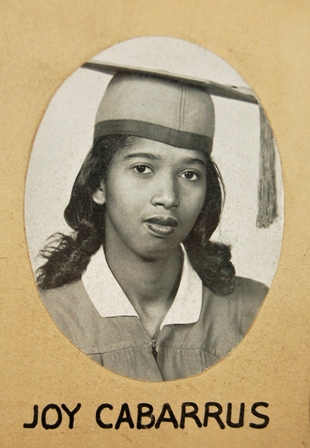 Joy Cabarrus Speakes was just 12 years old when she marched alongside Barbara Johns and other classmates during the 1951 walkout at Robert Russa Moton High School in Prince Edward. Now, she is telling today’s young people to have no fear in standing up and peacefully protesting for justice.

Speakes grew up in Darlington Heights in a home built by her grandfather, where she still resides today.

Now 81, Speakes recalled being a freshman at Moton when she and the other young men and women decided to do something about the conditions faced by black students.

She said despite being so young, she did not feel fear that afternoon April 23, 1951, when the walkout occurred.

“We were attending a school built for 180 students,” Speakes, said, “And over 400 students were attending, and under deplorable conditions. No gym, no cafeteria, second-hand material, and I was not afraid to speak up for justice, because that is the only way to change a situation.”

The strike at Moton garnered the attention and support of NAACP lawyers Oliver Hill and Spottswood Robinson, and a suit sparked by the protest was filed under the name Davis v. Prince Edward. In 1954, that case became one of the five cases that the U.S. Supreme Court reviewed during the landmark Brown v Board of Education case, which ultimately declared segregation unconstitutional.

“I never thought that the action we took would have such a big impact,” Speakes said.

Today, outrage surrounding the death of George Floyd, a 46-year-old black man from Minneapolis who died after police officer Derek Chauvin knelt on his neck for more than eight minutes during an arrest, has ignited a movement across the country.

Protesters have gathered for more than two weeks in U.S. cities to protest injustice and police brutality, and that movement has spread to the nation’s small towns, including Farmville. Some protests have also turned violent.

She gave some insight into the events unfolding in the U.S.

“It is so important we have reforms of criminal justice, because we have been there so many times before and nothing has changed, so we have to take those steps. And to see how many people were out and protesting for a change, I feel that you’re going to see a big difference with this because of the attention globally.

“With the police brutality, it’s almost an everyday occasion for them to just kill black men in the street. We have to give a talk to our brothers, our sons every day. We have to talk to them about what you need to do if a cop stops you or if a cop comes up to you, to save your life.”

Much like the walkout back in 1951, Speakes said she believes it is the younger generation that will help the most to make change happen, as they have a fire burning inside of them that inspires motivation to change.

She added that the state of the nation, including the ongoing coronavirus pandemic and the quarantining of people, paired with the light shed on police brutality and events such as the death of George Floyd, have possibly led to a boiling point in the U.S. This boiling point may make way for big leaps of social justice.

She said criminal justice reform is vitally important for the country’s future.

“I think this is going to change the fabric of America, because there’s so many people, white, black, brown, everyone that’s out (protesting) against police brutality.”

Speakes had some words of encouragement to the people, especially members of the younger generation, who are nervous about taking a stand.

“I feel that when you see something is wrong and that something needs to be done, that they should take action. Take action from your local community, your local government, then you can go to your state government or your federal government. Take it in those steps, then peacefully protest if you feel you’re not getting the result you should have.”

Speakes said her hope surrounding the ongoing protests is to see change and reform of the criminal justice system, and that black men will no longer have to feel frightened at the mere sight of a law enforcement officer. She wants to see officers who commit acts of brutality charged to the fullest extent of the law. Her wish for the future is to see a peaceful society without privilege and with respect for all.

Two juveniles have been taken into custody in relation to ongoing arson investigations in Prince Edward County, according to a... read more