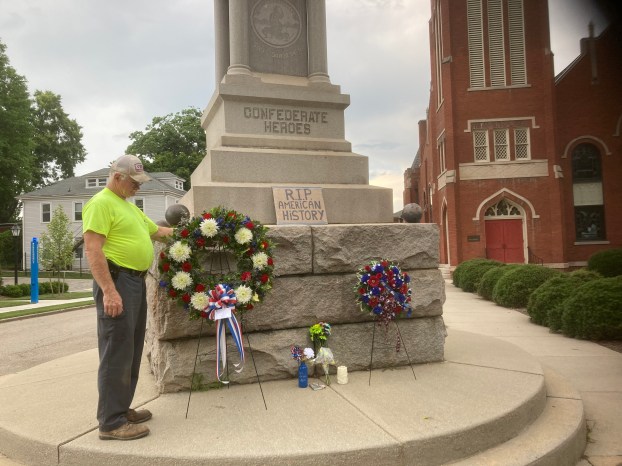 After Farmville’s Confederate Soldier monument was taken away Thursday night, June 18, the empty pedestal became a memorial of sorts with residents leaving wreaths candles, flowers, signs and a copy of the New Testament, but by Saturday morning, the items were gone.

Town Manager Scott Davis said the town did not remove the items from the pedestal.

“It is my understanding from speaking with the police chief that the wreaths and other items left on town property were taken by people during the night,” Davis said. “The Town of Farmville has not removed anything to my knowledge. The police investigated the matter, and in conversation with the commonwealth’s attorney, there is no crime in taking items that were left on public property and not belonging to the town.”