Prince Edward outages down to 11 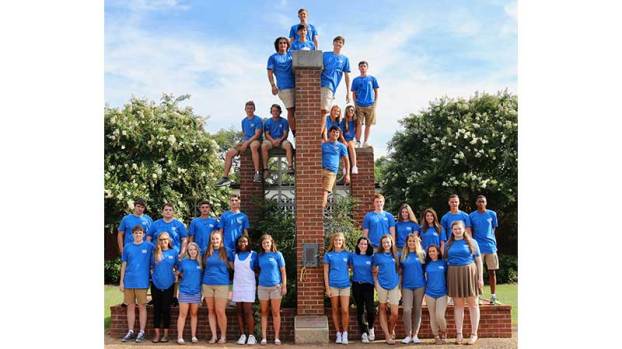 Fuqua School’s Class of 2020 is set to graduate Friday, June 19, with an outdoor ceremony to be held if weather permits. Pictured are this year’s seniors posed at the school’s bell tower on the first day of school. (Photo courtesy of Fuqua School)

Despite setbacks associated with the ongoing novel coronavirus pandemic, this week has been one of celebration and smiles for Fuqua School’s seniors.

According to Head of School John Melton, Fuqua officials pushed the Class of 2020’s senior week and commencement ceremony to mid-June in anticipation of Phase 2 of the state’s reopening, allowing for more flexibility in how the seniors could celebrate graduation.

Melton said while much of what the school had planned for the students was canceled due to poor weather, the seniors were able to partake in several end-of-the-year events.

Sunday, June 14 was Fuqua’s Baccalaureate held at College Church on the Hampden-Sydney College campus. Each senior was permitted to bring four family members to the event, and the service was officiated by Rev. Michael Kendall, father of senior, Mary Katherine Kendall.

Sunday was also Senior Banquet night, held at the Barn at Gully Tavern.  Seniors and a limited number of family members attended the banquet.

Tuesday, June 16, the Senior Awards Banquet was held. Hosted on campus and catered by Fuqua Catering, Melton said this was a senior only event and was streamed via Facebook Live for families to watch.

On Wednesday, Melton said a Senior Breakfast was to be held the following day, Thursday, June 18. A senior-only event, the breakfast, catered by Fuqua Catering, will be followed by a commencement rehearsal.

Friday, June 19, at 7:30 p.m. and weather permitting, Fuqua School will have commencement in the traditional location on the bell tower lawn with seniors seated outside and parents and guests in their vehicles spectating “drive-in movie style.”

If weather does not permit an outdoor ceremony, the ceremony will be moved to the Gilmer Gym with the seniors seated in the gym and families permitted to enter as their senior receives his/her diploma.

In either scenario the ceremony will be broadcast on WVHL and commentated by Richard LeSueur. Fuqua School will also stream the graduation on Facebook Live.

Leaving their mark on the world

The Class of 2020 will certainly go down in history as a group of seniors that overcame a global health... read more