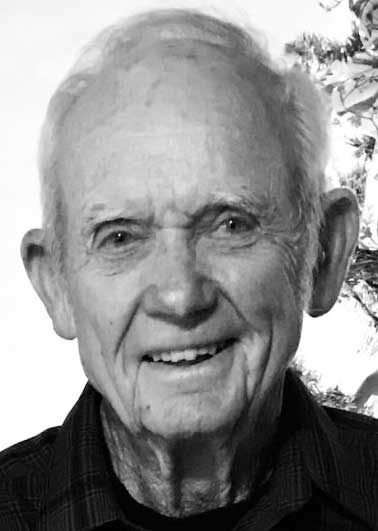 John was born on December 20, 1927 in Henderson, Kentucky to the late Urban and Addie Mae Gager. After high school, John served in the US Air Force. In 1959 he and his wife moved to their farm in Buckingham County where they have lived for the past 61 years. John was employed by Virginia Power for 32 years and retired in 1988. In addition to his employment at Virginia Power, he was a full-time farmer. He was a long-time member of St. Theresa’s Catholic Church.

He is survived by his wife Lois Gager, his two daughters, Theresa Marsh (Danny), Sarah Trimble (Frank), and step-son, Gary Hall (Jamee) and his 10 grandchildren and 7 great grandchildren. He is survived by two special aunts, June Hatfield and Willie Ann Brock, both of Henderson, Kentucky. John was pre-deceased by his step-son Johnny Hall and his sister, Carolyn Millonig.

John loved John Deere, watching college basketball, especially the Kentucky Wildcats and Louisville Cardinals. He loved being active on his farm and always lending a helpful hand to his family and friends.

In lieu of flowers, contributions may be made to St. Theresa’s Building Fund, at 709 Buffalo Street, Farmville, Virginia or the American Heart Association. Services will be determined at a later time.