Eleanor Anderson Gough, 86, of Dillwyn, passed peacefully on March 31, 2020. She was born July 7, 1933 in Nottoway County, a daughter of the late William and Bertha Umpstead Anderson. She was the widow of Carlyle Haynesworth Gough. 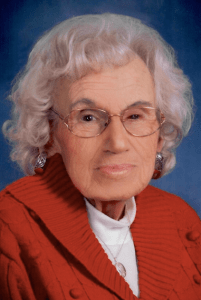 Eleanor was a lifelong member of Bethlehem Baptist Church. She and Carlyle were members of the Buckingham County Volunteer Rescue Squad for many years. Eleanor was an employee of Amelia Dress Factory for 17 years. She enjoyed crafting and tried her hand at many types, including quilting, floral arranging and sewing. She took a Middle Eastern dance class and learned to belly dance. She loved her family and enjoyed their visits and phone calls.

In addition to her husband and parents, Eleanor was preceded in death by sister, Anna Whirley and brothers, Eric Anderson, George Anderson and Perry Anderson.

Memorial contributions may be made to the Buckingham County Rescue Squad.

A memorial service for Eleanor will be held at a future date.