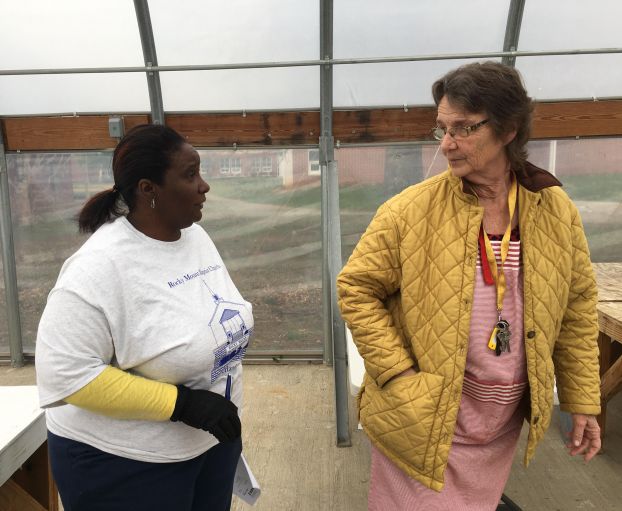 Cumberland Community Cares (CCC) at Delma’s Pantry has provided much-needed food and hope to the Cumberland County community for years. As the area faces the COVID-19 pandemic, the nonprofit organization that has given so much for countless others is in need of volunteers.

The food pantry, named after the late Delma Branch, began as a mobile pantry that has since grown into a community project feeding hundreds of citizens each month.

The organization is a Feed More Agency that incorporates programs for adults, children and seniors.

Monday, April 20, CCC will hold its mobile pantry at 10 a.m. at the same location.

However, Seal said volunteers for these services are in extremely short supply due to the effects of the pandemic.

“The biggest problem is most of our volunteers are retired individuals with health issues, so a lot of them I’m not comfortable asking to come out now, because I’m putting them at risk.”

Seal also said CCC has a strong relationship with Cumberland County Public Schools. She said the school often sends ROTC and nursing students to help unload trucks and assist in other ways, but the recent shutdown of all Virginia schools has eliminated those resources as well.

The trucks that bring in goods the day before food distributions are usually loaded with 7,000-8,000 pounds of food, and all products must be unloaded and carried through Delma’s Pantry’s front door.

“The movement from the boxes to bags is going to be the biggest need that we have.”

Seal said that the food pantry is a crisis center for FeedMore and is considered an essential service, so it is able to stay open and operate while maintaining social distancing. In fact, the organization was able to distribute meals to more than 500 families the final week of March alone despite current setbacks.

Seal highlighted that Cumberland County is considered a food desert and that 70% of the population qualifies for services. However, she said she expects those numbers to rise due to the current novel coronavirus outbreak.

Individuals wanting to apply to participate in the program can apply in person at the distributions.

CCC is also asking for donations of items like homemade facemasks, which can be dropped off at the Cumberland Sheriff’s Office.

Seal noted anyone interested in volunteering for the organization may email delmaspantry@ gmail.com or text/dial (804) 385-9421.

Due to concerns about the current COVID-19 outbreak, the Town of Farmville has closed all of the park playgrounds, as... read more