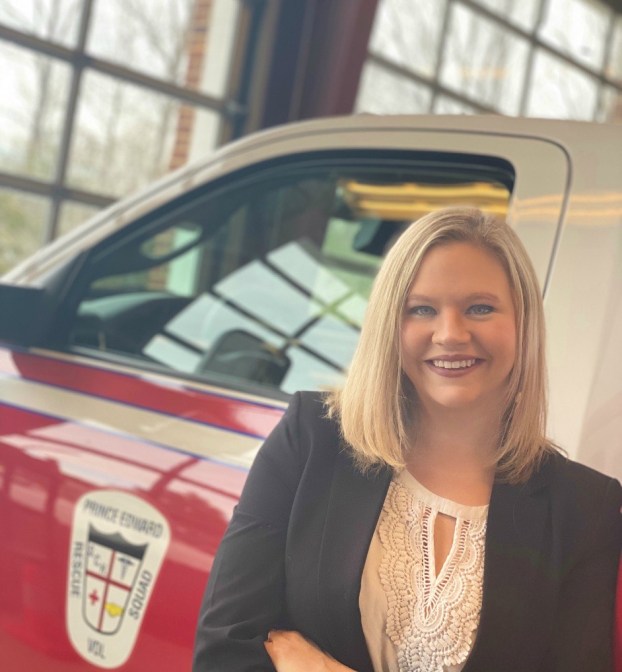 The Prince Edward County Board of Supervisors took more action during its March 10 meeting designed to help the Prince Edward Volunteer Rescue Squad (PEVRS) get back on firm financial footing.

It was also made clear that PEVRS’ new executive director, Deanna Jones, has already helped the squad realize savings with work she has done.

“Some of the changes that have already been implemented will substantially decrease the overtime costs and the cost of medical supplies,” Prince Edward County Administrator Wade Bartlett said. “These savings are projected to total a few thousand dollars each month.”

He said in addition, PEVRS has re-evaluated its need for a new ambulance and will not be requesting funds for the second ambulance from the county’s new EMS Fund until after the beginning of the new fiscal year.

Bartlett said the rescue squad’s original request last summer was for an ambulance almost immediately, which was supplied. The request called for another ambulance very shortly thereafter, around the start of the new year, and then another one in the fall.

Jones re-evaluated that and does not think the middle ambulance in that request is needed, Bartlett said.

“That’ll save us about $240,000 compared to that initial replacement plan,” he said.

He noted the Town of Farmville has provided mechanical work and parts, contributing to the ambulances staying on the road more than they were in the past.

“The situation now is that over the past year and a half or so, after much of the prior volunteer management departed, the amount of overtime paid increased substantially, which depleted PEVRS’ operational reserves,” Bartlett said.

He said what the rescue squad needs now is time to rebuild those reserves. To that end, the squad made two requests of the board of supervisors, both of which the board unanimously granted.

The board allowed PEVRS to defer the three remaining payments on its equipment loan by one year.

PEVRS’ second request granted by the board was for the county to loan the rescue squad $371,000. The loan will be payable over five years at a simple interest rate of 1%.

Bartlett said this loan will allow PEVRS to pay off its outstanding mortgage of approximately $371,000.

The board also voted unanimously to provide $10,000 to the rescue squad to assist it in paying for increased insurance costs.

“At its Aug. 13, 2019, meeting, the Board of Supervisors accepted the recommendation of the Fire and EMS Committee and approved providing $10,000 towards the cost of the liability and accident insurance for each of our volunteer fire departments outside the Town of Farmville to ensure the sustainability of coverage,” Bartlett said. “That included both the liability insurance and especially our workers’ compensation.”

He said the county failed to include PEVRS, an agency that has insurance costs, especially workers’ compensation, that are considerably more than the volunteer fire departments.

Lockett District Supervisor Robert M. “Bobby” Jones said he thought it was a no-brainer to give PEVRS $10,000.

“We did it for the fire departments,” he said. “We definitely should do it for the rescue squad.”

After the final agenda item pertaining to PEVRS, Jones expressed thanks to the board for its help.

“You all are giving us a great foundation to get back on our feet,” she said.

Restaurants adjust to new rules in midst of virus concern