As Longwood students grapple with the reality that they will not return to campus for the remainder of the semester, the university’s Student Government Association (SGA) president, Haleigh Pannell, sends a message of hope and encouragement to her peers.

Pannell, like many Lancers, was finishing up the final semester of her senior year before the COVID-19 pandemic prompted school officials to move classes online for the remainder of the semester.

Longwood University President W. Taylor Reveley IV announced the school’s decision Thursday, March 19. With the announcement came the news that all in-person events at Longwood were cancelled for the remainder of the year. All students able to safely return home were asked to do so.

Pannell said she left Longwood Saturday and has since returned to her hometown of Urbana, Maryland.

“Longwood is a very tight knit community, most of the student body considers each other to be family more than peers, so this change to go online was extremely difficult,” Pannell said.

She said approximately 70% of Longwood students are involved in campus activity, and many students’ identities are derived from such involvement.

“Not being able to have our end-of-the-year events, final meetings, practices, games, etc. has also been a hard pill to swallow.”

Pannell said she has tried to serve as a shoulder to lean on for the student body during these uncertain times, as well as a set of ears to hear people’s questions and concerns.

She sent an email out to the student body last week expressing her feelings about the “in-person” aspect of the semester being cut short.

“To those who have the opportunity to return to campus in future semesters: don’t take your time for granted,” Pannell wrote in her email. “ Make every moment that you’re back at our alma mater count. I’ll be rooting for you from wherever I may be.”

She continued, addressing her fellow students unable to complete their senior years on campus, “To those who don’t: I know how much it can hurt. Take pride in everything you’ve accomplished during your careers. Celebrate the good times you had, learn from the bad ones. Know that you are going into the world ready to face any obstacle, and you’ll always have a home to come back to.”

Pannell added the SGA is still holding its meetings via the Zoom app, which allows students to continue to ask questions and get answers as needed, without being in the same room.

She also said that while she was looking forward to the senior send-offs and traditional experiences associated with her final year, the safety of the campus and surrounding town’s community is far more important.

“Longwood prides itself on developing citizen leaders, and doing what is best for others is a core feature of that,” she said.

In his statement to students Thursday, Reveley announced the university still hopes to hold a mid-May graduation ceremony in-person, although only time would tell in reference to a specific date.

Pannell has similar hopes for a May ceremony.

“If it’s not safe though, the next alternative is still an in-person commencement later in the year,” she added. “It’s really important to me and my fellow classmates that we have an in person commencement, as long as it’s safe for the people in attendance and the Town of Farmville.” 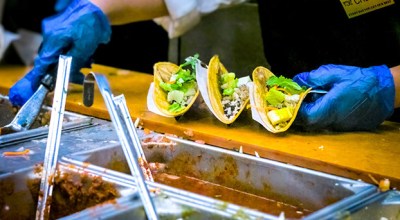 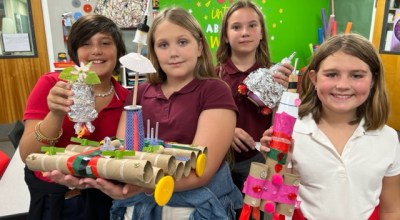