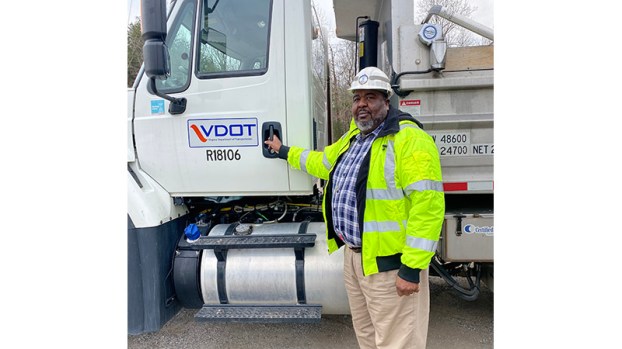 PROGRESS: Time for a change

Robert Saunders Jr. was born in Cumberland County in the year 1967.

After graduation, Saunders began what would be an extraordinarily exciting and varied lifetime of work and public service.

He began making money by doing odd jobs all over the area, including local funeral homes and barber shops. In 1986 he became employed at the Buckingham Correctional Center (BCC) and two years later was offered a job at Piedmont Regional Jail, where he remained for six years.

In 1988, Saunders was sworn in as a part-time deputy of the Prince Edward Sheriff’s Department. He did security work with Hampden-Sydney College and other local businesses. He became a charter bus driver for Lynchburg Bus Service for more than eight years and also spent time as a bail bondsman and, briefly, a bounty hunter.

Saunders returned to BCC. He recalls being given a special assignment to transport inmates to different facilities across the commonwealth. He spent a significant amount of time driving the prison bus and in doing so has visited every prison in Virginia.

While driving the prison bus, Saunders became involved in helping the Virginia State Police with special assignments including the Governor’s Convention in Yorktown and the Pence Campaign in Farmville. It was then he began driving his bus for the Special Olympics.

Saunders started to drive the bus for the state police’s annual torch run for the Special Olympics. He then began to transport the athletes from one event to another and developed a special bond with those Olympiads.

“I would pick the kids up and take them,” Saunders said. “They had charter buses, but most of them preferred the prison bus to the charter bus.”

Saunders began working at the Special Olympics’ swim area, helping athletes to get in and out of the water. He also helped with timekeeping and handing out the medals. He was later given the Special Olympics Unsung Hero award for his work with the program.

Saunders has been sworn in as an honorary member of the Chesapeake Sheriff’s Department and is also an honorary member of the Prince Edward Rescue Squad. He retired from BCC in 2017 and works part-time doing drug testing for probation and parole. He is also on call as a Prince Edward County Public Schools bus driver and also helps with VDOT to clear roadways during inclement weather.

Added to Saunders’ lengthy resume is his recent accomplishment of being elected to the Cumberland County Board of Supervisors.

Although he felt compelled to pursue a career in politics, Saunders shied away from running for office until retirement. He was elected last November as the District Five Supervisor for Cumberland County under the slogan, “It’s time for a change.”

When not volunteering, driving or supervising, Saunders can be found at home spending time with his family.

He will celebrate 20 years of marriage to his wife, Demetria, in April.

On Sundays, after church, Saunders likes to watch football and play card games with his family. He also makes several trips a year to the Deltaville area to partake in saltwater fishing.

Saunders’ hope for the future of Cumberland County includes economic prosperity. He believes the county must currently focus on revenue, but hopes to see additions such as a park and grocery store when the right circumstances arise.

Saunders aims to use his knowledge gained from decades of community service in order to serve as a representative of Cumberland County. Although he knows change takes time, he’s eager to help in any way. However, his new role as a politician won’t change the person he has always been.

PROGRESS: ‘Above and beyond’

Cumberland County Sheriff Darrell Hodges began his career in the emergency services field as a young teenager. Raised in the... read more