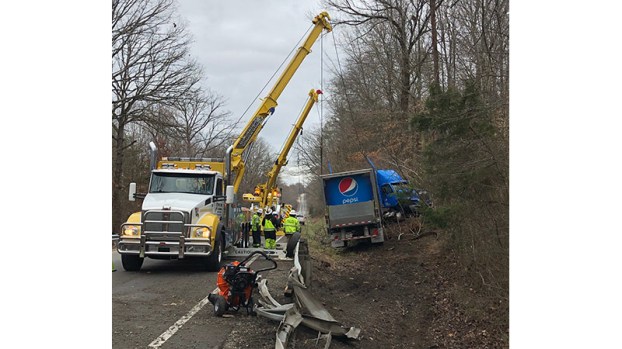 Crews work to remove a tractor-trailer from an embankment along U.S. Route 460 at Hudson’s Bottom following a single-vehicle crash Wednesday morning, Feb. 12.

“A tractor-trailer traveling east on (U.S.) Route 460 ran off the right side of the road, went through a guardrail and up an embankment,” Crouch said.

She said the driver, Mason A. Grant, 24, was not injured.

“He (Grant) was charged with reckless driving for failing to maintain proper control of the vehicle,” she said.

The Prince Edward County Literacy Council continues to reach out and seek potential students, passing out flyers about their efforts... read more