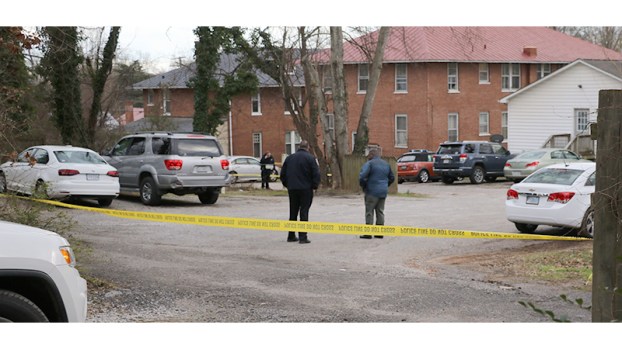 Police unsure if Friday’s shooting is related to others

No arrests had been made as of Wednesday morning, Feb. 12, in connection with the shooting reported Friday afternoon, Feb. 7, near Longwood University in Farmville.

Farmville Police Department (FPD) was looking into a possible connection between this shooting and the January and December shootings occurring in town, but as of Wednesday morning, FPD was uncertain of any link.

Farmville police and Longwood University Police Department responded to a report of shots fired on Oak Street near Centra Southside Community Hospital, according to a Longwood alert sent Friday, Feb. 7, at 3:16 p.m.

FPD Capt. Bill Hogan said bullets fired during the shooting struck two vehicles and the rear of a residence that fronts Oak Street. There were no reports of injuries. Two individuals were detained and questioned.

“The one from Friday, that one we still don’t know yet,” Hogan said Wednesday, Feb. 12. “We’re still investigating that possibility, but at this time, we’re unsure if they’re related.”

He confirmed the only arrest made so far in the three incidents was in connection with the McDonald’s shooting.

As The Herald reported previously, at approximately 9:12 p.m. Jan. 12, multiple shots were fired at the McDonald’s at 306 S. Main St. No one was injured, but two vehicles sustained damage as a result of the gunfire.

While police combed the area for evidence Jan. 12, Javon Rashaad Brooks, age 19, of Farmville, was found hiding in a wooded area just off of Putney Street. Brooks was in possession of a handgun. He was then detained and later charged with carrying a concealed weapon and reckless handling of a firearm. He was then held at Piedmont Regional Jail without bond.

According to Ellington, on Dec. 16, at approximately 9:30 p.m. multiple shots were fired from multiple firearms at the Days Inn Motel at 2015 S. Main St. One individual was grazed by a bullet, and three vehicles were damaged by gunfire.

According to FPD, suspects from these incidents are described as black males who appear to be between the ages of 18-30.

In the Jan. 21 press conference, Ellington announced that FPD and the Bureau of Alcohol, Tobacco, Firearms and Explosives (ATF) Richmond Field Office were offering a $5,000 reward for information leading to the arrest of those responsible for the McDonald’s and Days Inn shootings.

Anyone with information is asked to contact FPD detectives at (434) 392-9259. Tips can also be submitted to 888-ATF-TIPS, ATFtips@atf.gov or the ReportIt® mobile app www.reportit.com.

A house on Randolph Street in the Town of Farmville was demolished Friday, Feb. 7 by Holman Masonry. According to... read more