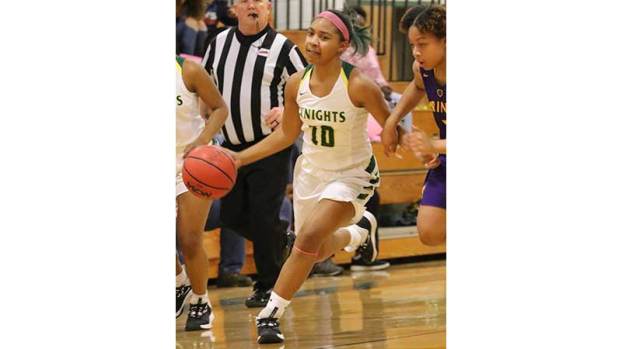 Buckingham County High School’s varsity girls basketball team is making its bid for a Region 2B playoff berth after going 3-1 last week to improve to 8-10 on the season.

“We have overcome a lot and continue to fight through the lows,” Lady Knights Head Coach Kelly Chambers said.

Buckingham is now in the midst of its regular season rematches with James River District opponents.

“As we are into the second round of districts, we are a stronger team, seeing individual confidence and improvements that will help us grow as a group,” Chambers said.

She said that the top eight teams in Region 2B advance to the regional tournament, and the Lady Knights were sitting at the No. 9 spot entering the week.

Chambers said the key to victory was a team effort, playing smart defense and capitalizing on easy buckets.

“It was our fourth game of the week,” she said. “We were able to utilize all of our bench in rotation to give players a much needed rest.”