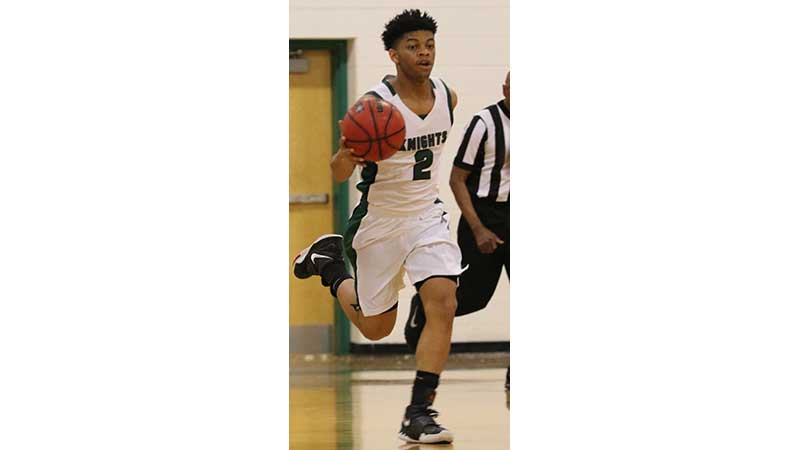 Buckingham County High School junior guard Damarius Reed has given the Knights a spark off the bench in recent games. (Photo by Titus Mohler)

The Knights are co-champions with Goochland High School.

This is the first time Buckingham has won the regular season district title since the 2012-13 season.

“I’m just really proud of our guys for what we accomplished this season,” Knights Head Coach Taylor Boyers said.

Winning the regular season district title was a point of emphasis for Buckingham.

“It was one of our goals at the beginning of the year,” Boyers said. “Our guys worked really hard all season and in (the) offseason to accomplish it.”

Boyers praised both Toneys for their consistency this season.

“So now our second season, as we like to call it, begins, getting ready for the playoffs,” Boyers said, adding that his team has been playing its best basketball.

Lancers are in ‘the discovery stage’