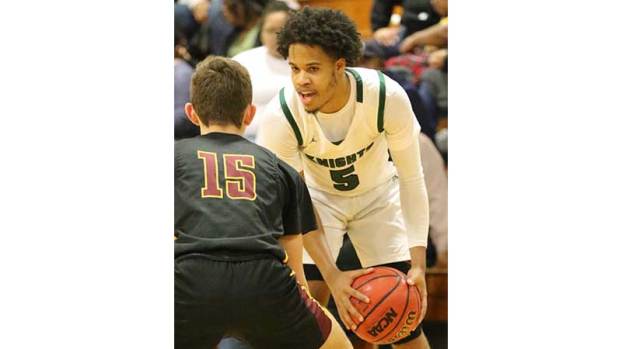 “I was really proud of our guys after that game,” Buckingham Head Coach Taylor Boyers said. “I thought it was the best game we’ve played all season. We knew it was going to take that type of effort and that type of execution.”

He said he thought his team battled all night and was especially aggressive defensively.

Explaining why the result of the rematch was so different from the Jan. 14 game, Boyers said his players were as focused as they have been all season in the Feb. 6 contest.

“We may end up seeing them again in the district tournament,” Boyers said.

The top four teams in the James River District qualify for the tourney.

“In two of the biggest games of our season against Amelia and Goochland, he’s really stepped up for us,” Boyers said. “He had 20 against Goochland, 23 against Amelia, and that’s what we need him to do. He’s the leader of this team and one of our best offensive players.”