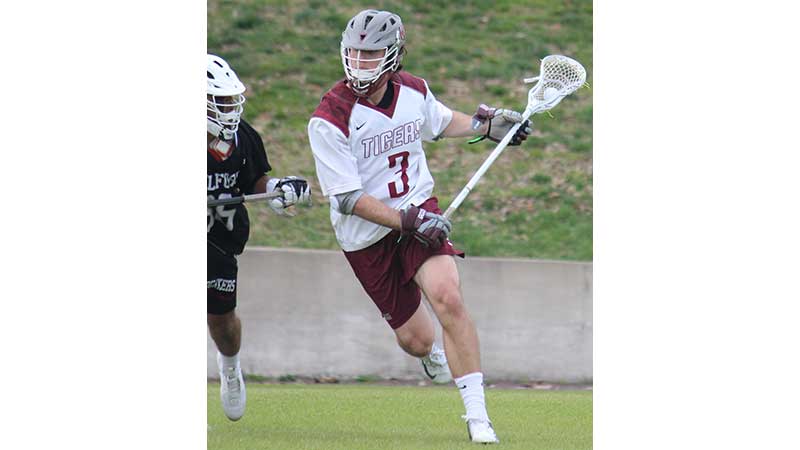 A growing Hampden-Sydney College (H-SC) lacrosse team is looking to return to the national stage, and it took a positive step in that direction during its season opener Saturday, Feb. 8.

“Obviously we’ve got some things to clean up in the early season, but (I) couldn’t have been happier with the offensive output, really,” he said. “I thought we looked pretty sharp on offense. I don’t think we’ve scored 21 goals in a long time on Mary Washington, so that was nice.”

He said he did not think his team cleared the ball well but noted that is an early season issue that will get cleaned up.

During the 2019 season, the Tigers went 13-6 overall with their season coming to an end in the semifinals of the Old Dominion Athletic Conference (ODAC) Tournament.

“Last year, I felt like it was probably the youngest team that maybe we’ve ever had here in 30-some years going back to my dad’s time here,” Rostan said, referring to his father’s tenure as head coach.

“Our expectation this year is to get back to the NCAA Tournament one way or another, and obviously, (we’d) love to win the ODAC to guarantee that and be able to get the automatic bid,” Rostan said.

He said he was excited about his team’s schedule this year, noting it is stronger than before.

“We’ve added Stevens Tech, which is another top-15 team perennially,” he said.

Playing and winning against a strong schedule could help H-SC win an at-large bid for the NCAA Tournament if it does not win the conference tourney.

The coach said Hayden is an All-ODAC player.

Rostan said he expects a big year out of Arcuri.

“I think he’s as good of a stopper as there is out there,” he said.

Sophomore midfielder Sean Duffy is also back after being named the ODAC Rookie of the Year.

The Tigers return to action Feb. 19, hosting Catholic University of America at 5 p.m.