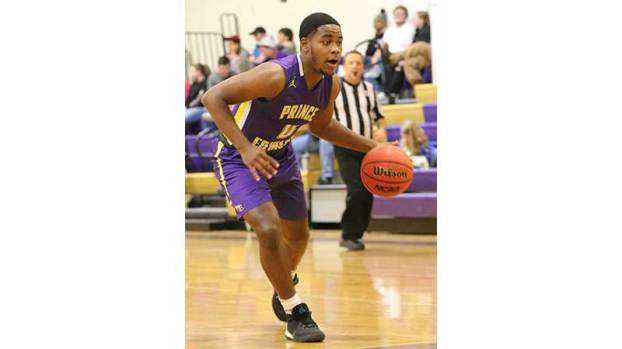 Prince Edward County High School’s varsity boys basketball team has struggled to get wins this season both inside and outside of the James River District, but the Eagles took major steps in changing that narrative last week with games against a pair of district foes.

Against the Knights, one of the top teams in the state at the Virginia High School League Class 2 level, the Eagles came out the strongest they have all season, according to Prince Edward Head Coach Michael Jackson Jr.

“(It was a) tough week with the loss of Kobe Bryant,” he said. “I think my guys were inspired to play in his memory.”

He said that what enabled the Eagles, 3-13 at the time, to hand Buckingham its third loss of the season was consistent play.

“We haven’t been consistent all year, and tonight we were,” he said. “We made the free throws when they counted and led us to a win.”

Jackson said that to him and his players, the win means they can play with anybody if they just play together.

“We continued to play hard,” Jackson said. “We started off very strong, scoring 30-plus points in the first, and we just played with a different attitude.”

The top 12 teams in Region 2A advance to the regional tournament, and entering this week, the Eagles were in the No. 12 spot, Jackson said.

“That’s a great group over there, super-athletic bunch of hungry players, and we have to match their intensity and play our game as we did the first game between the two,” Jackson said.