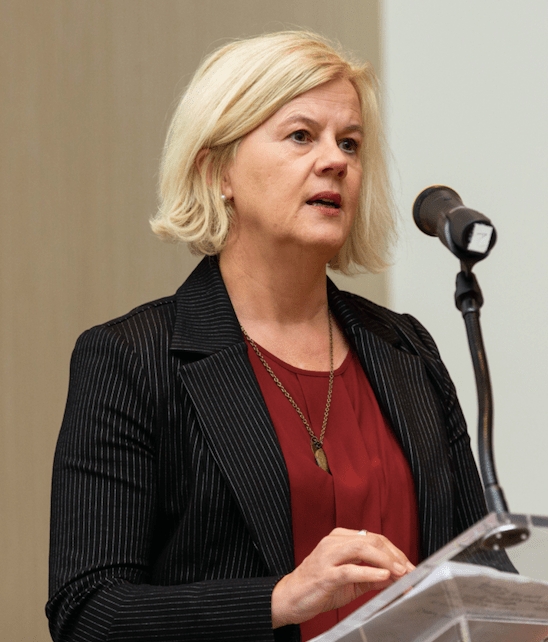 Beth Macy, a former journalist for the Roanoke Times and New York Times best-selling author of, “Dopesick: Dealers, Doctors, and the Drug Company that Addicted America” addressed a crowd at the President’s Lecture Series at Longwood University, Thursday, Jan. 23.

“Dopesick is a national book about the opioid epidemic as I witnessed over two decades, set in three communities in Virginia,” Macy explained.

According to Macy, last year 68,000 people in the United States died as the result of a drug overdose, roughly half of which were from opioids.

Macy further said that she became witness to the crisis affecting people of all walks of life from the poor to the wealthy and how the epidemic comes with a skyrocketing cost.

“One estimate says that, with lost productivity, criminal justice, and health-care costs, lost wages and foster care, this crisis is costing us about a trillion dollars,” Macy said.

During her talk, Macy spoke of how she has become an advocate for medication-assisted treatment (MAT), which combines behavioral therapy and medications to treat substance-use disorders.

She said a common misconception associated with MAT is that it substitutes one drug for another.

According to Macy, medications such as methadone, buprenorphine, and naltrexone relieve the withdrawal symptoms and cravings, when used to treat opioid dependence and addiction.

Macy is currently working on her next book, which will focus on solutions to the opioid crisis.