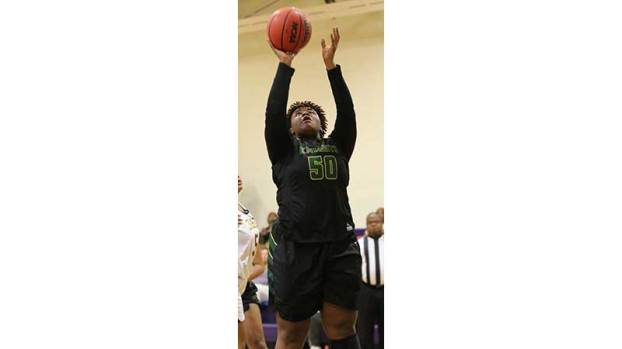 The Lady Knights’ 2019-20 campaign came to a conclusion Feb. 14 in the semifinals of the James River District tournament with a 48-38 road loss to No. 1 Goochland High School, the eventual champion.

“I felt that we gave them a good battle,” Buckingham Head Coach Kelly Chambers said. “We were down by, I believe, six at the half, and we came back in the third to tie it back up, but things just didn’t go our way into the fourth quarter, and we trailed and couldn’t regain a tie or ever a lead.”

Buckingham did not qualify for the Region 2B tournament as only the top-eight teams made the cut.

One year after winning the district regular season and tournament titles and then seeing cornerstone players from that team graduate, the Lady Knights finished this season with an overall record of 10-13.

“This was our rebuilding year, and we’re just looking for growth again next year,” Chambers said.

She pointed to a 67-66 double-overtime home win over Nottoway High School Feb. 11 as her team’s best performance of the season.

Making the all-district first team for Buckingham was sophomore center Lauren Randolph, who averaged 7.6 points, 7.5 rebounds and 1.8 assists during the regular season.

“She was our leading rebounder this year, and then she was also our second-leading scorer as well, and I had to use her for game situations of being a ball handler and just having a good, basic basketball IQ,” Chambers said.

“Mylasia had to grow into being a point guard for the team, and she was probably one of our best defenders this year,” Chambers said.

Lady Dukes are 2B track champs