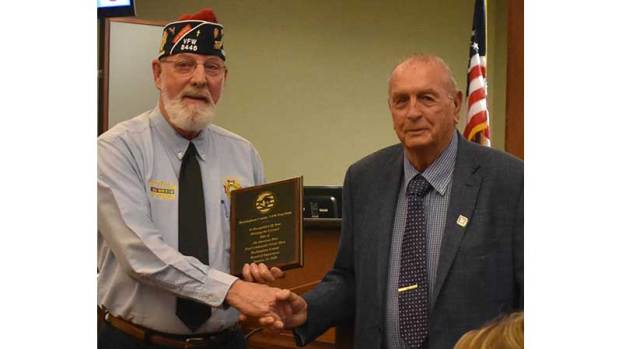 “It’s a team effort. It’s not all about me,” commented Moss after applause from the Monday night audience. “So, thank you to you guys and thank you to the board.”

VFW 4th District Commander Gus Villalobos and State Senior Vice Commander Eric Mallett presented Moss with the red, white and blue All-American Commander’s Cap during a 4th District meeting in Farmville last November. This is the first time in history that the post has received such national recognition.

The Prince Edward County Board of Supervisors set aside time during its organizational meeting Tuesday, Jan. 14, to give special... read more