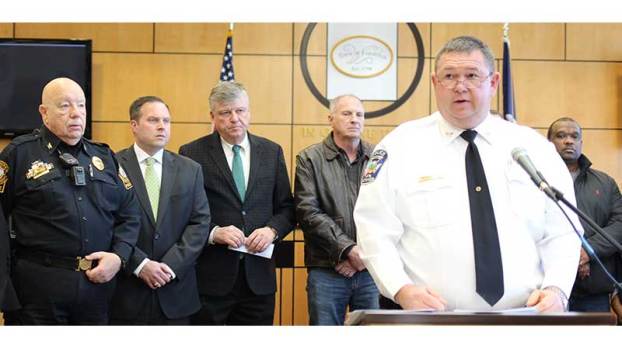 “Two shootings have occurred in the Town of Farmville, and law enforcement has reason to believe that the shootings are related,” Ellington said. “Help us solve this crime.”

According to Ellington, on Dec. 16, at approximately 9:30 p.m. multiple shots were fired from multiple firearms at the Days Inn Motel at 2015 S Main Street in Farmville.

“One individual was grazed by a bullet, and three vehicles were damaged by gunfire,” Ellington said.

The second shooting occurred Jan. 12 at approximately 9:12 p.m., when multiple shots were fired at the McDonald’s at 306 S Main St.

No one was injured, but two vehicles sustained damage as a result of the gunfire.

According to the Farmville Police Department, suspects from these incidents are described as black males who appear to be between the ages of 18-30.

“To say that these incidents are disturbing is an understatement, and we have a zero-tolerance policy for such violence. If you have information about who may be involved, please contact law enforcement. The results of these two shootings could have been so much worse, and the individual’s responsible need to be stopped,” Ellington stated.

“Gun violence has serious consequences, and the criminals committing these shootings have shown no concern for the safety of this community,” Fulkerson said. “We will continue working with our Farmville partners and provide support in any way we can to identify these shooters and get them off the street. It could be your tip that helps us do that. This is your community, and this is why we are asking for your assistance.”

During the news conference, Farmville Mayor David Whitus also made an appeal for help.

Anyone with information is asked to contact Farmville Police Department detectives at (434) 392-9259. Tips can also be submitted to 888-ATF-TIPS, ATFtips@atf.gov, or the ReportIt® mobile app www.reportit.com.